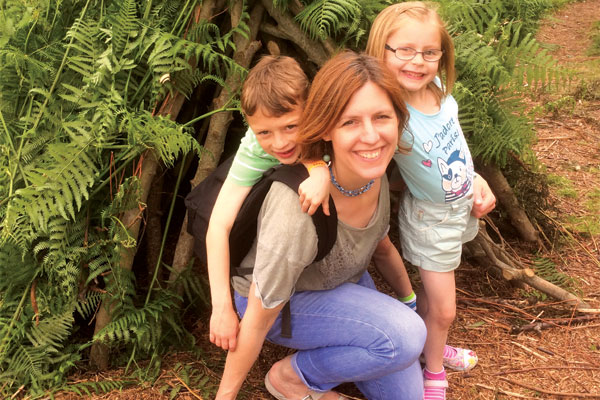 There’s still time to squeeze in a UK family break before the year is out, finds Juliet Dennis.

You know your kids are enjoying their holiday when they are, as the expression goes, bursting with joy.

There was a moment on our one-week break at Haven’s Rockley Park, Dorset, when my son Joe was shrieking with happiness as he attempted to cross the bouncy-castle obstacle course in the swimming pool.

The staff had cottoned on and were throwing buckets of water on him as he fell off, climbed back, fell off, clambered back on, and finally, clinging to the top of the slide to prolong the fun, let go with a whoop of joy and an expression of pure excitement on his face.

So when I asked Joe and my daughter Nina what they enjoyed most on their holiday, they chorused: “The pool party!” It’s these moments make a holiday worth every second. 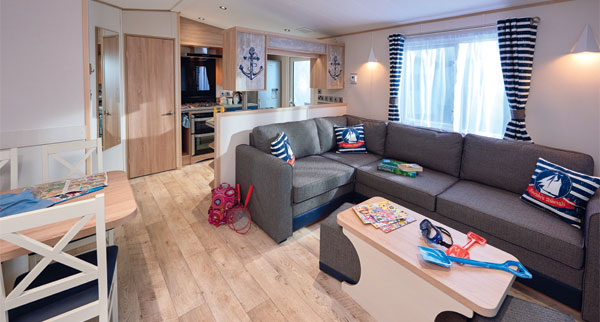 In truth, I didn’t know what to expect. The last time I visited a Haven park was before I had our now-seven-year-old twins. Rockley Park, based in a quiet residential area, was awarded AA Holiday Park of the Year 2017, and recently had its stage refurbished, as one of six Haven parks introducing  new entertainment options this year.

On arrival, we joined scores of excited holidaymakers in reception to get the keys to our Seaview Platinum two-bedroom caravan. Ours was positioned in a quiet spot near the beach, with an impressive view of the sea.

It was a good size: a decent lounge; spacious kitchen with all mod cons and a table for six; a double bedroom and two sets of bunk beds in the kids’ bedroom; a hallway for our shoes, coats, footballs and other ‘necessary’ holiday gear for all weathers; plus a large decking area with table and chairs.

“Nina watched as they dropped small parcels of bacon over the side and waited for the crabs to bite.”

It’s worth noting that Haven will try to accommodate agents’ requests for caravans in specific areas of the park if, for example, clients prefer to be in a certain area, such as near the beach or the entertainment complex. For us, being close to the beach was perfect.

As soon as we were settled, we set off to explore the stretch of sand, and to get our bearings after the long, hot drive. 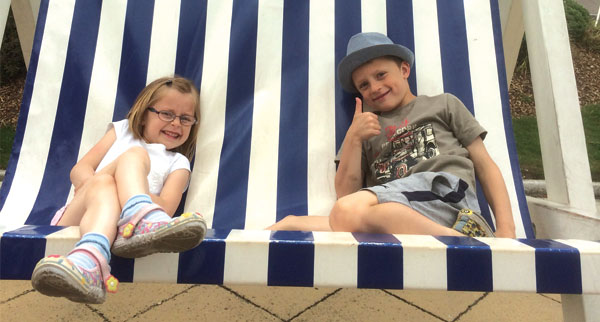 The small beach had a cafe, play area and water sports centre. Within 10 minutes, Joe had found a mate to play football with and Nina had discovered what would become one of her favourite memories of the trip – crabbing.

All along the small jetty, children were lined up with buckets full of crabs of all sizes. Nina was fascinated, watching as they dropped small parcels of bacon over the side and waited for the crabs to bite, before hauling them back up into a bucket of water.

“Can we do it, PLEASE?” she kept asking with a hard-to-resist, doe-eyed expression.

A couple of days later we did just that, and it was with relief that both Joe and Nina managed to catch a crab. Mission accomplished.

Again they found a friend and spent ages examining the crabs before releasing them back into the sea – and then trying to work out where they’d gone. 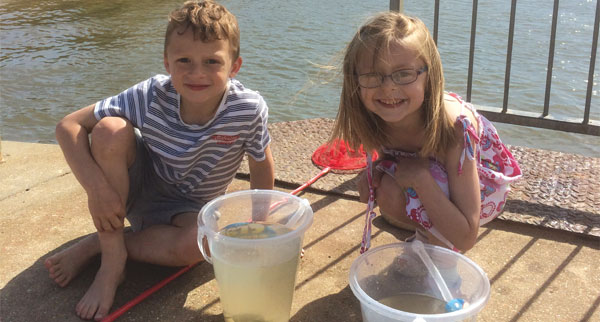 For clients who have not visited a Haven park, it is worth alerting them to the fact that they can book holiday activities up to seven days before arrival. Bundles are available for 12 or 24 passes (for a respective £48 or £96) on myhavenholiday.com, which can be redeemed online against activities from aqua-jets to fencing and rock climbing. We found a £48 pass adequate for our five-day stay.

Activities can also be booked at the park, but it’s pot luck as to what spaces are left.

We booked the football academy, archery and rock climbing, as well as the Nature Rockz sand sculptures and survival shelters.

Nature Rockz activities have been rolled out to all Haven parks in the past five years. Each resort has its own park ranger, with activities ranging from how to start a camp fire to making dream-catchers, creating art out of sand and building an A-frame shelter in the woods.

Who would have thought building a shelter could be so much fun? Under expert supervision, Joe and Nina helped create a cosy, tent-shaped night shelter out of sticks, branches, bracken and leaves, warm enough to sleep in without a sleeping bag in below-zero temperatures. Nina loved it so much that she was inspired to make her own in the back garden when we got home, although we stopped short of letting her camp out in it at night. 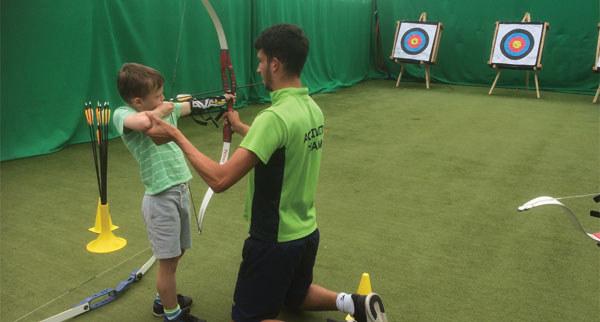 The park’s Sports Zone was impressive and it was here that we spent a good deal of our time. While Joe had an archery lesson, attempted the rock-climbing wall and took part in the football academy, Nina went on the bungee swing and busied herself in the art room, making sand art pictures and painting a ceramic dog.

There were also play areas, tennis courts, a crazy-golf range and plenty of tables and chairs for parents to wait and watch their offspring attempt the activities on offer.

“Every time we walked back to our caravan, Joe and Nina would dart into a hedge that had been fashioned into a mini-maze.”

The park’s design also helps keep kids happy: every time we walked back from the central complex to our caravan, Joe and Nina would dart into a hedge by the path that had been fashioned into a mini-maze. They would disappear and only be persuaded to come out with the promise of a fish-and-chip supper. In fact, they had as much fun in the maze as they did in the playground!

In the evenings, the activity continued with a full programme of entertainment, packing out the complex’s main hall every night. The Theatre Company employs professional performers to offer everything from rock spectaculars and tribute acts to pop-up street entertainment and TV game show-style productions.

The standard was high. The Great British Summertime show featured hit after hit, sung at a professional level, with quick set and costume changes, and kept the audience toe-tapping, clapping and singing along all night long.

For younger children, there were engaging story sessions, puppet theatre shows and a Seaside Squad Pop Disco. This was entertainment that wouldn’t look out of place in the West End. 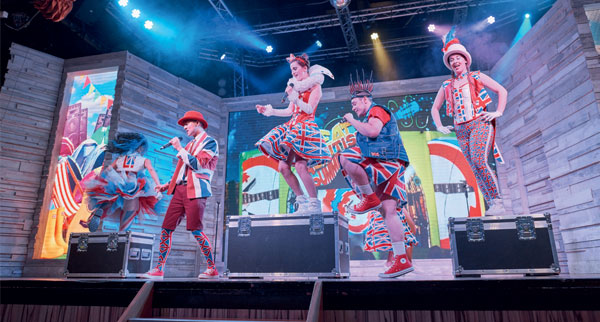 But what stood out most were the staff. They chatted to Joe and Nina in a way that made them feel at ease and increased their enjoyment of the holiday. They couldn’t have been more eager to help us out.

This was aptly demonstrated when we were packed up to head home, only to find the car wouldn’t start. As we waited for a mechanic to arrive, the staff immediately offered us a free game of crazy golf, which kept the kids happy for an extra half-hour and halted any potential meltdowns. Now that’s what you call service.

Book it: Three nights at Haven’s Rockley Park starts at £166 for a family of four sharing a Deluxe two-bedroom caravan arriving on September 25, 2017. The same break during half-term, arriving on October 27, starts at £262.
havenexpert.co.uk