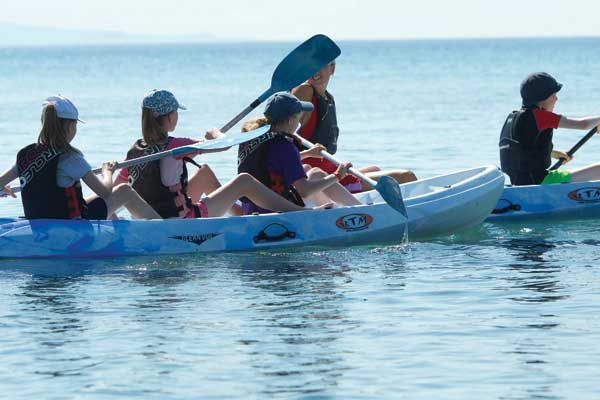 As the wind filled the sails of our dinghy and we picked up speed, I felt sure we were zooming way off course, leaving the reassuring shores of our resort far behind. Next stop, Italy!

Then I attempted to round the first buoy – maybe we weren’t so far from the coast after all – and promptly capsized. It seemed so simple when the instructor taught us the ropes on dry land: a case of pushing the tiller one way and pulling the sail the other.

My not-so-able shipmate had a go – and we got our second dunking. In the calm, warm water off the shores of Mark Warner’s San Lucianu Beach Resort in Corsica, it was all comedy rather than tragedy, and the Baywatch‑style rescue boat quickly came to our aid.

Yet it firmly established Corsica’s sporty credentials. Despite being one of the first package holiday destinations for Brits, this mountainous Mediterranean island remains an unspoilt and uncommercialised gem.

For those in the know, it’s a lung-busting magnet for hardcore cyclists and adrenaline seekers who want to try their hand at canyoning, rock-climbing and hiking, while the 600-mile coastline is paradise for water sports enthusiasts and families.

The 95-room San Lucianu Beach Resort, just half an hour from Bastia airport, is one of the original Mark Warner properties, and its superior rooms have recently been refurbished. It’s an ideal base for exploring the island, and provided a good jumping-off point for a group of nine agents who visited on a fam to uncover Corsica’s charms.

Our sailing adventure was just the tip of the water sports iceberg, and over the following days we tried our hand at kayaking and stand-up paddleboarding – with far greater success, I might add.

It was wonderful to get to grips with new sports in a safe environment, set against the backdrop of green mountains. Best of all, everything is included, from equipment and safety gear to sailing and windsurfing lessons. Guests can also pay for intensive Royal Yachting Association courses in sailing and windsurfing that will usually get them to stage two or above in a week. And it’s not just the adults that have all the fun: water babies can splash out with pool and beach-based activities run by the children’s club. 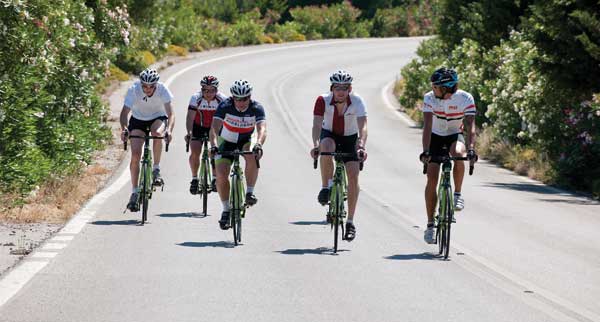 Known as the ‘mountain of the sea’, Corsica’s highest point is 2,710m Monte Cintu, and it has 20 other mountains reaching more than 2,000m. Steep climbs are followed by fantastic descents, and cyclists can follow challenging routes such as the one used in the 2013 Tour de France.

“Corsica is a haven for walkers. The most challenging trail, the GR20, stretches 125 miles across the island.”

With our pedalling prowess at the lower end of the gears, we opted for a 5km guided ride from the resort, one of a range of free daily rides on offer, stopping for a break at the pretty town of Moriani Plage.

Independent guests can take out complimentary bikes or channel their inner Bradley Wiggins and pay to hire high-tech carbon-fibre models.

Criss-crossed by well-marked routes, Corsica is also a haven for walkers. The most challenging trail, said to be the toughest in Europe, is the GR20, stretching 125 miles across the island from Calvi to Conca and taking around 16 days to complete. Picking up a set of directions from reception, we set out on a picturesque 45-minute walk to the Ucelluline waterfall.

After clambering over rocks towards the end we couldn’t resist cooling off in the pool beneath the cascading water, entertained by a group of daredevil local lads who arrived and started jumping and diving in from great heights. 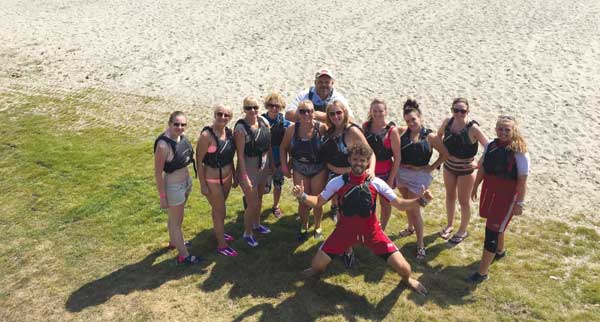 Roughly the size of Crete, it’s easy to get out and explore the island’s rich history, shaped over the centuries by the Greeks, Romans, Genoans, French and even, briefly, the British.

“Some guests hit the sea and road on Mark Warner’s weekly mini-triathalon – I preferred to chill out with an ice cream.”

That diversity is on show if you sample Corsican cuisine too, which is a tasty fusion of French and Italian.

Optional excursions from the resort include the nearby town of Aléria, on the eastern cost, with the remains of a Roman town and winery. Alternatively guests can hire a car and drive to the harbour town of Bastia, where the quaint old port is lined with bars and restaurants.

Other sights include the capital Ajaccio, on the west coast, which has a 16th-century old town filled with pastel-coloured buildings and is famous as the birthplace of Napoleon. His former home is now a museum. Unesco‑listed Porto, to the west, is a gateway to the dramatic scenery of the Scandola Nature Reserve. 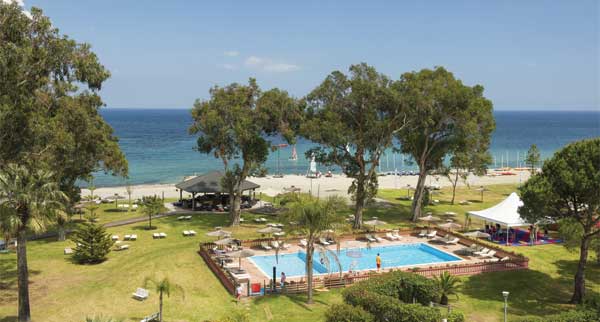 On the final day, some guests signed up to hit the sea and road on Mark Warner’s weekly mini-triathlon, but I preferred to find a shady table and chill out at one of the many ice cream parlours in Moriani Plage to enjoy a final taste of this delightful destination.

Book it: Mark Warner offers seven nights at San Lucianu Beach Resort from £649 (£599 per child), for a September 16 departure. The price includes full-board accommodation, wine with lunch and dinner, water sports, tennis, cycling and other activities, kids’ club (at a supplement for infants aged four months to two years; free for kids aged two or more), BA flights from Heathrow and transfers.
markwarner.co.uk/agents

Corsica has the highest mountains and most rivers of any Mediterranean Island.

“I was struck by how green Corsica is, and that it’s not hugely touristy. The island offers a wealth of outdoor activities, combined with history and culture. The Mark Warner resort is a short transfer from the airport so it’s great for families, and children can participate in sports and activities that go way beyond the usual childcare offerings. It’s also fantastic for solo travellers as joining a class or the social table at dinner are great ways to meet people.”

Suggest clients upgrade to Mark Warner’s new all-inclusive package with soft drinks and ice cream for children, plus selected beers, wine, spirits and cocktails for adults as well as beach towels, priced £120 per adult and £65 per child, per week.