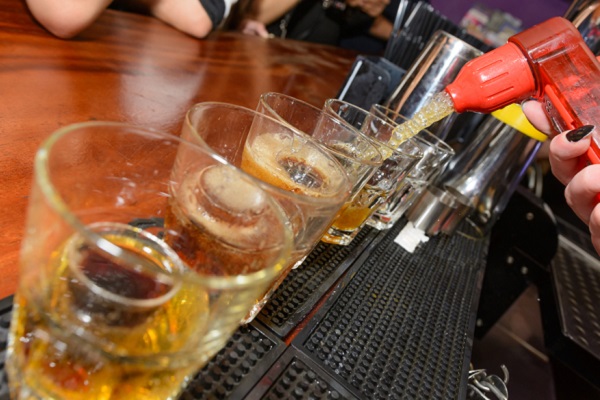 British travellers should stop getting so drunk during hen and stag parties, a judge said yesterday during an inquest into the death of a reveller killed during a bachelor party in Budapest.

Speaking at an inquest yesterday, coroner Michael Salt said that he didn’t want to be a “party pooper” but added that limiting “alcohol consumption” could prevent “horrific tragedies”.

His warning comes months after a young father, Sam Clancy, was killed after being hit by two vehicles when he stepped into a busy main road next to the River Danube, which runs through the Hungarian capital.

Moments before his death, Mr Clancy, 24, and a friend accompanying him back to their hotel were forced out of a taxi for spilling takeaway food in the vehicle.

The friend crossed the road safely, but failed to notice that Clancy had been caught up in the fatal collision.

It was not until the next morning that the stag party reported him missing, with the 24-year-old’s family flying to Hungary the next day to launch a search party.

However, they were contacted by Hungarian police 72 hours later and informed that Clancy had been killed.

Speaking at the inquest, a friend present on the night out told the coroner that Clancy, of Rochdale, had been “nine out of 10 drunk” and had consumed lager, Sambuca and Jager Bomb drinks, the Daily Telegraph reported.

Delivering a verdict of death by road traffic collision, the coroner said: “Evidence shows a very sad traffic accident involving a father of a young child who will now miss him dearly.

“This was a hard working young family man in a stable relationship with much to look forward to. Young lads are going to drink on a stag do and ultimately this is a very tragic case.

“But one word of caution I would like to issue is that people should be more aware of excessive alcohol consumption during stag and hen weekends. I don’t want to be a party pooper but being more aware of your intake could prevent such horrific tragedies.”

Speaking after the inquest, Clancy’s fiance, Rebecca Sweeney, said he had been a “family man” who idolised his daughter”, adding that he had been “excited and in good spirits” before leaving for the event.

Echoing the coroner’s comments, she added: “I just hope in future more people will familiarise themselves with their surroundings in foreign countries and maybe be a bit more careful with how much they drink.

“You can’t tell somebody on a stag do not to drink, but being more sensible could prevent somebody experiencing the heartache I have. Nobody should go through what we have as a family and I wouldn’t wish this heartache and pain on anybody.”

The inquest comes after industry leaders called for restrictions on the sale of alcohol in airports.