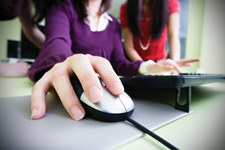 Despite recognition of the importance of training and education for the travel and tourism industry, all too often it’s the first casualty of any cost reduction exercise.

That’s certainly true of many businesses, but it’s also true of the government, which is why one of People 1st’s biggest priorities has been to protect funding for the sector, said People 1st head of vocational policy Stephan John.

“Unfortunately, right across the board, qualifications are under threat,” he said. “Funding for travel and tourism has been under that pressure and we have been working hard to make sure current funding levels – especially for the apprenticeship – are maintained.

“In the last six to eight months, the main funding body, the Learning and Skills Council, has threatened to cut more than a third of national funding for the apprenticeship,” John added.

The apprenticeship is one of three larger qualifications that are guaranteed money centrally – the others being NVQs and BTECs.

Fortunately, John is confident People 1st and the LSC are close to an agreement on protecting funding for the apprenticeships. But the sector skills council is also trying to
ensure there is funding for smaller qualifications, too.

“The problem at the ­moment is that the funding formulas do not allow for those sort of qualifications – the ones employers often call for to be funded, such as training for new ticketing requirements,” said John. “The average employer, especially as the sector is full of small ­employers, tends to want its staff to progress over time, as it is better for the business.”

For a while, the LSC lost sight of this requirement and has not been as flexible as it could be in funding qualifications that meet businesses’ needs. But thanks to a deal between People 1st and the LSC, it is hoped an agreement will be reached by the autumn that will ensure the travel ­industry gets what it wants.

John said: “We’re still working on the specifics for that, but it is important employers know we are working to make funding much more flexible. We need them to tell us exactly what they need in order for it to be included in the agreement we are working towards with the LSC.”

Employers can access training through Train to Gain which, until recently, only catered for the bigger, full-time qualifications that are not ­always accessible to smaller employers.

The TUIs of this world have the muscle to negotiate national contracts and deal directly with the LSC, but because the industry mainly consists of small and medium-sized enterprises, most companies are not in a position to do that. So what does an agency do if it wants to be proactive in upskilling its staff?

“The first point of call is contacting the regional or national Train to Gain office. They should be able to help and if they can’t, that’s where People 1st needs to gather information,” said John.

Little is known about the take-up rate of travel and tourism SMEs of Train to Gain services.

“We would like to know,” said John. “It has been difficult getting statistics from the LSC on Train to Gain, in part because it collects the information on a regional basis, so we have no idea who is contacting [the LSC] or what information an employer gets when they ring up.”

People 1st needs employers to feedback their experiences to the organisation, said John. “We’re essentially trying to be the conduit between business, education and funding.

“That’s why sector skills councils are here – to represent employers in all types of forums, but we cannot represent them if they don’t come to us with their stories and issues.

“If employers come forward and say: ‘We went to Train to Gain and it bore no fruit,’ then we need to know,” said John.

John is keen to get businesses involved in employers’ panels, which are designed to give anyone in the industry the opportunity to be involved in qualification development, funding, delivery and access.

“And, most importantly, setting out a vision for what qualifications and training should look like in relation to industry,” he said.

“Obviously there is recognition that the industry is changing rapidly. We need to make sure qualifications and learning are right for the sector and not just adequate and, if possible, create an exemplar. The only way we can do that is by working with employers and we are more than happy to have them on those panels.”

To get involved with People 1st’s employers’ panels or to share your experiences of Train to Gain contact danielle.williams@people1st.co.uk