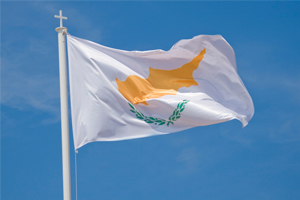 Cyprus is on course for a record tourism year following a surge in arrivals in the first half of 2017.

International visitors increased by more than 16% to 1.46 million in the January to June period.

Travellers from the UK only increased by 1.2% year-on-year in June, despite the month setting new records for global tourist arrivals.

However, British tourists continued to make up 27.5% of foreign arrivals after Russia at 31.9% in June.

Visitors from Sweden increased by 25.4% but there was a 27.5% decrease in tourists from the Ukraine, according to official figures.

Cyprus Tourism Organisation UK director Orestis Rossides said: “We’re pleased to announce that 2017 was our most successful January to June period on record.

“We’re proud to have welcomed a record-breaking number of tourists so far this year and hope visitors will continue to be drawn to our beautiful country throughout the rest of the year.

“Cyprus boasts the warmest winters in Europe, which is particularly attractive to Brits looking for some winter sun.”