Iceland is hot property right now. It might have a cool climate and rough, volcanic terrain, but that rugged landscape makes a beautiful backdrop to see the northern lights, Blue Lagoon or go wildlife-spotting along the coast.

Not only has it become a popular holiday choice in its own right, but Iceland is also growing as a gateway to more-distant destinations. National carrier Icelandair offers free stopovers of up to seven nights, so those flying via Reykjavik to its network of 18 American and Canadian airports can find themselves enchanted by Iceland en route. In fact, breaking up the outbound journey can even save them up to £55 in reduced APD fees.

The airline flies twice-daily from Heathrow; daily from Gatwick, Manchester and Glasgow; and three times a week from Birmingham and Aberdeen. A new Belfast service began in June, plus the airline has upped capacity from Glasgow for November and December specifically with the stopover market in mind.

Reykjavik is rising to the challenge. A country with a population of just 335,000 can only handle so much growth, but it shows no sign of slowing down, with a 40% rise in hotel rooms since 2010.

So how can you make the best of those glaciers, hot springs, black-sand beaches and wildlife in just a couple of days?

Keflavik airport sits 30 miles southwest of the capital, and most visitors jump on the reliable Flybus shuttle to reach Reykjavik (£21 for hotel drop-off).

The capital has more than its fair share of hip hotels. The 100-year-old Apotek Hotel combines a cool Nordic vibe with an interesting history, home to the city’s main pharmacy from 1930 to 1999. It has just 45 rooms and sits at the top of shopping street Laugavegur. But it isn’t just the northern lights that come alive after dark here, because this road is also home to the city’s best bars and restaurants, plus Apotek’s restaurant is packed with locals every weekend.

Then there’s the fully-stocked LP library and record players giving a hipster edge to the Canopy by Hilton, which opened last year; or the best view in town, which comes courtesy of another new hotel, the eight-room Tower Suites. It’s at the highest point in Reykjavik – 20 floors up in the prominent tower Hofdatorg – and each suite is fitted with floor-to-ceiling panoramic windows, making it a winner with affluent clients.

Other openings on the horizon include a five-star hotel at the Blue Lagoon and a 250-room Marriott Edition, due to open in Reykjavik next year. 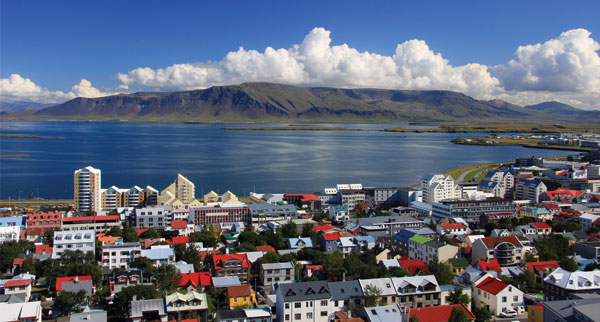 The centre of Reykjavik is surprisingly small – it feels more like a village than a capital city – but that makes it perfect for a city break on foot.

Its array of galleries, museums and theatres is impressive, and there are cultural festivals aplenty. The National Museum of Iceland delves into the history of Europe’s most sparsely populated country, while the Northern Lights Centre is full of stunning imagery and has a virtual reality experience for those not lucky enough to experience it first-hand. A visit to the Viking Maritime Museum is a must.

Iceland is pricey, particularly for food and drink, but recommend clients download the free ‘Appy Hour’ app. It directs them to bars offering happy-hour deals (it was my bible during my visit!).

And don’t miss the daily specials of fish soup served at the adorable clapboard cafes and restaurants that line the harbour, or if that doesn’t appeal, the fish and chips here rival anything in British seaside towns.

The fact that fish dishes are king in Iceland is no surprise. What is a surprise is this country’s love of hot dogs, so follow in the footsteps of Kim Kardashian, Bill Clinton and Charlie Sheen with a stop at Bæjarins Beztu Pylsur hot dog stand. You might wait more than an hour, but it’ll be worth it.

Marine life is another big draw here. I ventured onto the glass-like waters with Elding Whale Watching and was lucky enough to see countless dolphins and eight minke whales, or ‘stinky minkes’ as they’re known here, due to their pungent scent.

Best-known attraction the Blue Lagoon is between the city and the airport, making it a good way to spend the day before a late flight. Time it right and it’s relaxing, but it’s often very crowded, so for those wanting a quieter hot springs experience, there are other options. 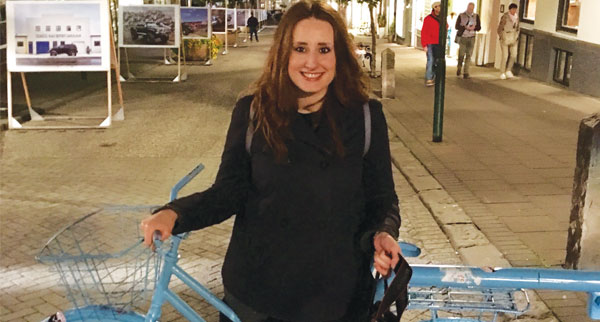 Visitors to Iceland tend to stick to a similar itinerary: Reykjavik, the Blue Lagoon and a glimpse of the northern lights at the right time of year. But there’s more to this beautiful destination.

There’s the 190-mile Golden Circle route visiting Geysir, Gullfoss waterfall and Thingvellir national park. For those wanting hot springs without the crowds, head to Grjótagjá, a cave that sits on top of tectonic plates, and a setting for Game of Thrones.

The Secret Lagoon, in a tiny place called Fludir just off the Golden Circle route, is a man-made pool fed by a natural spring. During winter, the lagoon has northern lights sessions where guests can soak while watching the sky light up above them. Now that’s hot.

“Iceland is the go-to place at the moment. It offers a wealth of exciting things to do and see on a short break, from the Blue Lagoon to the adrenaline-filled experience of off-road buggy adventures and snowmobiling. As always, we are working hard to ensure we package up all the amazing things that can be done in the destination for agents to sell and therefore earn commision from.”