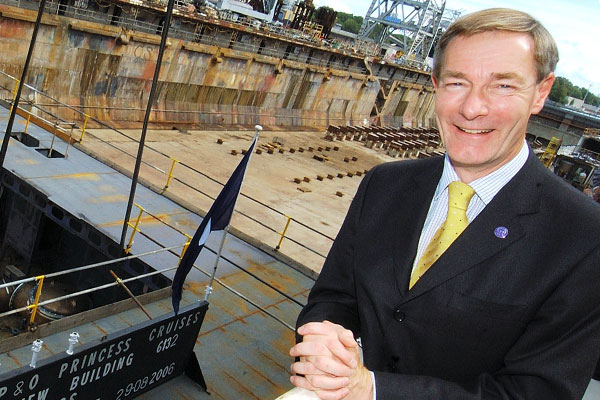 Media reports about the negative impact of the cruise industry on the environment are unfair, according to Clia Europe vice chairman David Dingle.

Dingle claimed the sector was already “playing its part” by creating more eco-friendly ships for the future.

He said the cruise industry was often unfairly singled out for criticism when in fact it is only “a small part of the problem” in terms of damage to the environment.

The Canival UK and Maritime UK chairman said: “The cruise industry fully and actively recognises its responsibility, and I believe that media comments which highlight the air impact of cruise ships above all other ships and forms of land transport are unfair.

“Power generation, manufacturing and any form of transport powered by hydrocarbons affect the quality of our air, and all these industries must play their part in the solution.”

He urged critics to put the issue into perspective, saying cruise ships are only 1% of ships afloat and that air quality studies showed road transport around ports meant the highest areas of air pollution are around the edge of ports.

“Cruise ships are but a small part of the problem but our industry, for which a reputation for environmental responsibility is essential, is at the forefront of the technologies neeeded to keep our air clean.”

“My own company for example, has so far invested $400 million to equip over 60 of our 100 ships with this equipment and the figure will soon rise to 80.

“I strongly believe the industry is playing its part and whilst aware that we will always be asked to do more, we simply call for the recognition of our efforts.”

Clia Cruise360: Cruise is ‘scapegoat’ for environmental issues in media