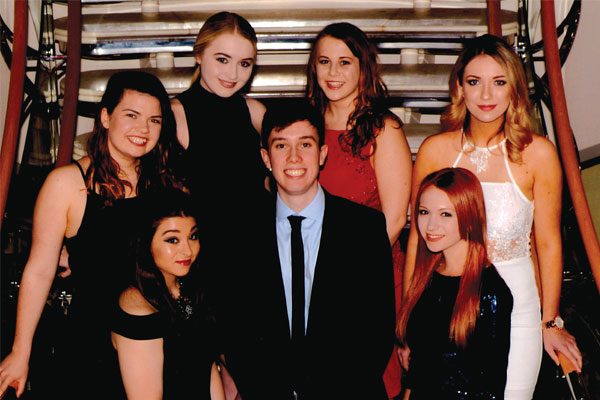 Cruise line offers roles to its first UK interns since starting a tie-up with the University of Chester last year.

Royal Caribbean International has invited two student interns to join the company after they graduate in 2019.

The students are the first to be offered positions with the line since it started a partnership with the University of Chester last year.

Rhianna Rees, from Staffordshire, and Hannah Jarrett, from South Wales, were two of seven interns who spent five weeks with Royal Caribbean in the summer, working in different departments and sailing on Independence of the Seas.

The university’s programme leader for international tourism management, Maeve Marmion, said: “We want our students to have good industry experience.

“Each intern has a specific programme laid out for them during the five weeks,  co-created with Royal.”

Rhianna, who is studying tourism management at Chester, had an internship role created for her in revenue management after showing an aptitude for working with data, having studied maths and science at A-level.

She said: “I wouldn’t change my decision to study tourism and it has definitely shown that you should just do what you enjoy. I have overcome so many weaknesses thanks to the challenges I faced during the internship, and the company recognised that not all people are the same.”

Hannah, who is studying events management and marketing, spent the five weeks with Royal working in marketing and consumer-facing roles on various ships.

She said: “It is 100% an opportunity I will jump at. Having cruised, I am keen to break down the stereotype of cruise customers, as I believe for many it is the best holiday they will experience but have yet to try.”

The students will spend the next year on a Disney internship in the US while studying at Central Michigan University, before returning for a final year in Chester.

Rhianna Rees: “I attended a presentation by [Royal Caribbean’s] Ben Bouldin when I started at the university’s business school. I applied to the scheme a year later and an intern position was created for me in revenue management. The highlight of our taster cruise was a backstage tour of the ship. We had to design a ‘Royal Promenade’ for the ship’s refurbishment and present our ideas to senior staff. We all attended a training day in promotion and sales, learning skills that will benefit any career in the travel industry. We were kept busy but it was fun.”

Hannah Jarrett: “When the placement was advertised at the university, I just knew I had to apply. The interview and selection process was a tough day, but worth it. I have been lucky enough to see a variety of roles and aspects of the business that I may not have necessarily considered. I spent time with some of Royal’s external agencies and on board various ships with customers. I am going to study at the Central Michigan University in Orlando, while working for Disney. My first six months will be spent at Epcot Future World.”