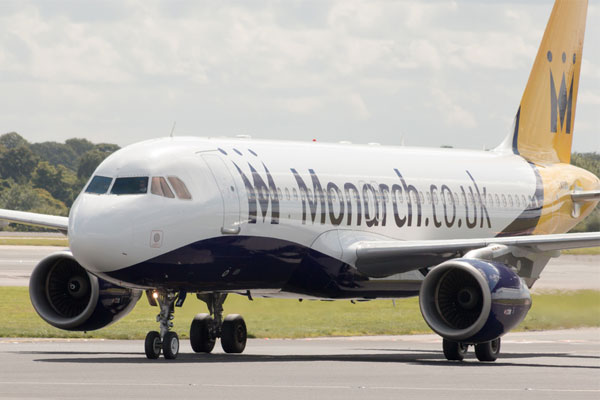 The government will pick up the cost of repatriating the majority of Monarch Airlines’ passengers following the collapse of the airline and its sister Monarch Travel Group in the early hours of this morning.

The CAA confirmed the Air Travel Trust fund will pay only the cost of repatriating and refunding Atol-protected customers.

CAA deputy director of consumer protection David Moesli said: “We were given instructions by the UK government to carry out this exercise.

“The government will pay. The Air Travel Trust is only covering the Atol-protected customers. However, the government has said it intends to recover the money from other parties.”

The CAA and Department for Transport have described the repatriation effort as “unprecedented”.

The operation will bring home about 110,000 passengers, with 62 repatriation flights due to operate today alone.

CAA head of Atol Andy Cohen said: “Under instructions from the government we’ve launched a fill repatriation programme today. We have a fleet of aircraft from 16 different carriers, including British, North American and Qatari.”

The CAA insisted it had not sent Monarch into bankruptcy by refusing to renew its Atol (Air Tour Operator) licence. The airline required a new licence for its package holiday business, about 5% of its flying, from the start of October.

Cohen said: “The group has failed for financial reasons.”

The CAA also insisted it would not have been possible for Monarch Airlines to continue flying without package holiday business, Monarch Travel Group.

Moesli said: “These two businesses were joined at the hip. They really were one business. Monarch had been trying to convert to a low-cost, short-haul carrier, but it was a leisure carrier. You cannot pull the two companies apart.”

A third part of the Monarch group, its aircraft engineering division, continues to trade despite Monarch Airlines and Monarch Travel Group going into administration.

Asked about the number of advance bookings with Monarch for this winter and beyond, Cohen said: “There are a significant amount of forward bookings, but it is manageable.”

The CAA expects debit card issuers to join credit card issuers in refunding customers’ bookings, although there is no legal requirement for them to do so.

Moesli said: “We have high expectations the debit card issuers will make payments.”

Aito to contact its affected customers with new flight details