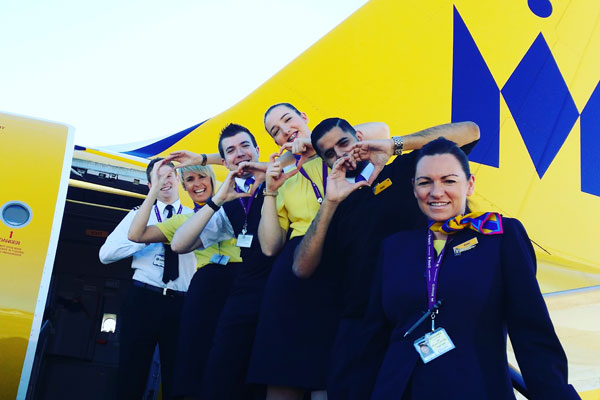 A total of 1,858 Monarch staff have been made redundant following the failure of the airline, joint administrators confirmed.

Of these, 1,760 were employees of Monarch Airlines, while 98 worked for Monarch Travel Group. Between them the companies employed approximately 2,100 people.

Monarch failed in the early hours of Monday with 110,000 holidaymakers abroad and 300,000 forward bookings affecting 750,000 customers.

This triggered the largest peacetime evacuation plan reportedly costing £60 million with the CAA chartering more than 30 aircraft to fly people home from over 30 airports.

The Department for Transport says it is is working with credit and debit card companies, who would normally be liable for covering the cost of replacement flights for passengers who are not Atol protected.

CAA chief executive Andrew Haines said around half of Monarch’s passengers were believed to have some form of Atol protection and most of the others should receive refunds on their flights through credit and debit card providers.

But those who booked accommodation separately may struggle to reclaim their other holiday costs, with many travel insurers excluding airline failure from their policies.

The group’s engineering operation, Monarch Aircraft Engineering Limited which employs around 800 staff, is not in administration and continues to trade normally.

Joint administrator Blair Nimmo, a partner at KPMG, said last night: “We know that today has been a very sad and difficult day for the Monarch employees.

“Shortly before the appointment of the joint administrators, all employees received an email from the company confirming that it was about to enter administration.

“Following this, the absolute priority for me and my team was to try and make contact with all members of staff as soon as possible, in order that we could communicate what the administration means for them.

“Regrettably, with the business no longer able to fly, a significant number of redundancies were made.

“Over the coming days, my team will be doing all it can to assist the employees in submitting claims to the Redundancy Payments Office for monies owed.”

The pound’s slump against the dollar had added to costs including fuel, handling charges and lease payments.

Tim Symes, partner at city law firm DMH Stallard and an expert in restructuring and insolvency, said the Brexit vote “seemingly provided the final nail in the coffin” at Monarch, as the weak pound impacted on handling charges.

This followed difficult trading conditions due to a higher threat of terrorism. Egypt and Turkey provided a key chunk of revenue for the airline and subsequent terror attacks left it deprived from the resulting weaker demand.

“This tale does make you wonder how Ryanair can haemorrhage money though ‘self-foot shooting’ and survive – assuming it does,” Symes said.

“On the plus side, perhaps for Ryanair, Monarch represents the ‘organ donor’ of pilots it didn’t know it was waiting for.”

EasyJet is to run recruitment days for jobless Monarch cabin crew this week as it seeks to fill 500 vacancies at Gatwick and Luton airport.

Jet2.com has also said it will be attending upcoming Monarch careers events and has roles available to staff from the failed airline.