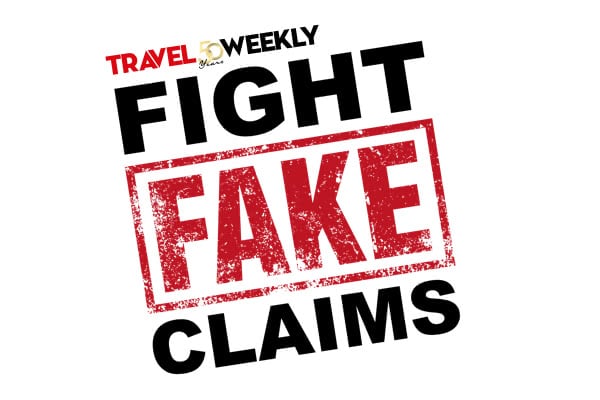 The government has today launched a call for evidence to get travel industry guidance on how to tackle the plague of fake holiday sickness claims, which Abta says has so far cost £240 million.

Experts will be asked to help inform the next step in the false claims epidemic to help the government, has vowed to crackdown on the issue.

Abta recorded a 500% rise in the number of claims, from around 5,000 claims in 2013 to around 35,000 claims in 2016, leading to the belief that many were fraudulent. Thousands of claims – at an average value of £2,100 – are being disputed by hoteliers and the rise in claims has not been seen from holidaymakers travelling from other countries.

It is widely believed that touts operating within popular European resorts are driving the surge in claims, and industry leaders say if it continues it will lead to higher holiday prices for honest customers.

The spike in claims thought to be false prompted the launch of Travel Weekly’s Fight Fake Claims and Abta’s Stop Sickness Scams campaigns, which have both garnered huge support within the industry.

The call for evidence will ask the industry and others to submit a wide range of information, from the volumes of claims to the amount of damages awarded. This will be used to help Ministers identify next steps to tackle false claims.

Justice Minister Dominic Raab said: “Bogus claims against tour operators risk driving up the price of summer holidays abroad for hard-working families who have earned a break. We’re taking action to deter these claims, and protect holiday-makers from being ripped off.”

The government has already set out plans to reduce cash incentives for claims management companies by limiting the costs for claims made abroad, and bringing it in line with laws introduced in the UK to tackle false whiplash claims. These proposals will be considered by the Civil Procedure Rule Committee, and the Ministry of Justice said it aims to bring the new rules into force early next year.

Abta says the average cost of fighting a claim is £3,800, which explains why many tour operators were choosing to settle out of court as the average value of a claim is estimated to be £2,100. Using this data, provided by members, the association predicted the total cost of fraudulent holiday sickness claims to be £240 million.

An Abta spokeswoman said: “Abta strongly welcomes the call for evidence announced today by the Government, in particular the commitment to urgently address the loophole in the law which is allowing companies to unduly profit from false holiday sickness claims.

“Abta and its members have already presented the government with a body of evidence over the past months showing how these claims have risen by 500% since 2013 whilst reported sickness levels have remained stable. These claims are also tarnishing British holidaymakers’ reputation abroad, particularly in Spain where they are costing hoteliers millions of pounds.”

The MoJ says it will look into Abta’s figures as part of its call for evidence.

“We’ve worked hard to warn our customers about the risks of bringing fraudulent claims, but it’s become clear the government needs to step in, which is why this call for evidence is so important.

“Jet2holidays looks forward to providing comprehensive evidence to support the case for legal costs control in this area.

“The government needs to ensure that the new rules are enacted without delay so that British holidaymakers can continue enjoying their well-deserved holidays without the risk of being duped by these fraudsters.”