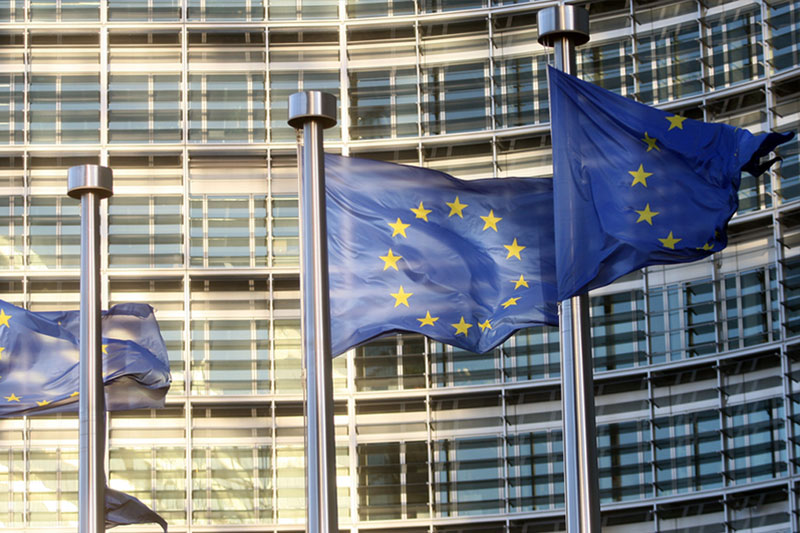 MEPs slammed Lufthansa’s imposition of a €16 charge on GDS bookings and demanded action from the European Commission this week as the Commission confirmed it is investigating complaints against the charges.

Portuguese MEP Cláudia Monteiro de Aguiar, a member of the European Parliament’s transport and tourism committee, told fellow MEPs on Wednesday: “The Commission has a duty to defend consumers.”

She asked: “Is Lufthansa breaking EU law or not? When will the commission route out illegal practices by airlines?

“We need to guarantee consumers have access to neutral information and people are being denied access and having to pay more for tickets.”

Transport commissioner Violeta Bulc was absent so European Commissioner for Humanitarian Aid and Crisis Management Christos Stylianides replied on behalf of the Commission.

He confirmed: “The Commission is aware Lufthansa has added a distribution cost charge of €16 euros to GDS bookings. Other airlines have announced they intend to do the same.”

IAG-owned British Airways and Iberia are poised to introduce an €9.50 fee “per fare component” on bookings via GDSs from November 1.

Commissioner Stylianides said: “Four complaints have been lodged in this regard. The Commission is still examining the complaints.”

He added:  “Current legislation may not reflect reality. The Commission has started a revision of the relevant regulation, including rules for price transparency and a code for conduct for CRS systems.

“Evaluations of these rules are expected next year.

“The Commission will pay specific attention to the technological changes . . . to guarantee consumers have enough access to travel services and price information.”

However, Czech MEP Pavel Telicka told the Commissioner: “This is a serious issue that we know of for two years, that the EC investigates. Is it that there is no case? Then we should know. Is it because it’s Lufthansa? The case is crystal clear.”

Another 16 MEPs weighed in against Lufthansa, declaring the group’s GDS fee “discriminatory”.

Fellow Green Bronis Rope of Lithuania warned: “If more airlines introduce surcharges for tickets not bought through their own systems, customers would lose the right to compare prices.”

Polish MEP Elzbieta Katarzyna Lukacijewska told the Parliament: “Airlines are behaving unacceptably. We call on the Commission to act now.”

Irish MEP Deirdre Clune warned: “Airlines can charge higher prices because of the lack of transparency.”

Greek MEP Notis Marias insisted: “The surcharge is a clear infringement of consumer rights. Lufthansa is a huge carrier and the Commission needs to take all necessary antitrust measures against it.”

Commissioner Stylianides told MEPS: “I understand all these concerns. The interest of travellers is what is important for the Commission in this area.”

In a statement following the debate MEP Monteiro de Aguiar said: “Airlines like Lufthansa charge extra if you don’t book through their own platform.

“Comparing prices is becoming more and more difficult and travellers will likely end up paying more. The matter is urgent.”