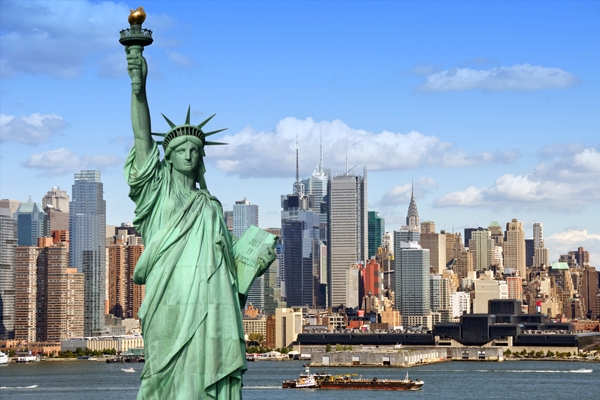 Chinese enthusiasm for travel to the US has fallen by 10% so far this year despite an overall boom in outbound journeys from China.

However, arrivals to neighbouring Canada have risen by 54% and Mexico by 29%, according to new data from ForwardKeys, which helps forecast future travel by analysing around 17 million flight booking transactions a day.

The Paris terrorist attacks in November 2015 so spooked the Chinese that bookings plunged 72% in the three weeks following the outrages.

At that time Russia and Vietnam were major beneficiaries of the tourism displacement, with bookings for Russia increasing 398% and bookings for Vietnam 58%.

Where the Chinese decide to visit can be strongly influenced by geopolitical events.

The stationing of the THAAD missile defence system in South Korea in defence against the threat of North Korean missiles so displeased Beijing that Chinese tourists were encouraged to boycott South Korea and visitor arrivals fell by 67% in the year to April.

This resulted in a boom in trips to other Asean destinations such as Malaysia, Thailand and Singapore.

ForwardKeys’ chief marketing officer Laurens van den Oever said: “At the moment, we are seeing very strong growth in outbound tourism from China and there are no signs of that trend slowing.

“What we do see, however, is that Chinese tourists are hyper sensitive to bad news – if a destination’s image becomes tarnished they are swift to go elsewhere.”

He added: “The Chinese dragon is breathing more hotly than ever. Bookings for outbound travel during Chinese new year in February 2018 are currently 40% ahead of where they were at the same time last year.”

Destinations set to see the most positive growth are Thailand, Vietnam, France, Singapore, Japan and Canada, according to ForwardKeys.