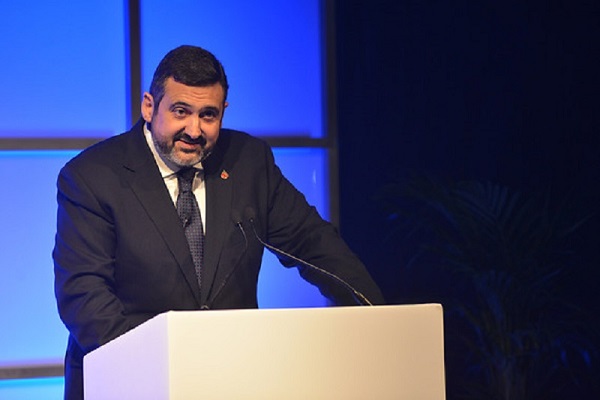 The boss of British Airways has defended the flag-carrier as a premium brand despite a damning poll of consumers’ perceptions of the airline.

BA customers’ opinions of the airline have plummeted in the past year, with ratings of -21 points for value and -22 points for quality, according to exclusive findings by research company YouGov.

The points figures represent the differential between the number of respondents with positive or negative perceptions (see below).

BA introduced charges for food and drink on short-haul flights in autumn 2016.

Chairman and chief executive Alex Cruz acknowledged the airline had learnt some “hard lessons” after a turbulent year in which the airline has been hit by an IT meltdown affecting 75,000 passengers, cabin crew strikes and a backlash after the introduction of an £8 fee for agents booking via GDSs.

Speaking at World Travel Market on Monday, Cruz said: “We are a premium airline; we will always be a premium airline. So we must live up to that promise. I’m committed to making sure BA is the best flag‑carrier that exists”.

Cruz said the airline would continue with the controversial buy-onboard policy and said it was “fine-tuning” the service, which he said was the “the model for short-haul”.

He revealed BA had looked into offering ‘half-board’ and ‘full-board’ meal options on long-haul services and that he would be “surprised” if its inflight offering remained the same in a year’s time. He did not rule out scrapping inclusive meals at some stage.

Cruz stressed that the term ‘premium’ not only applied to food but also service and punctuality, and said BA had made strides in the latter in recent years.

“We have to be better than anyone else at providing the service and match the expectations that people have when they buy a BA ticket,” he said. Cruz added that the airline’s Net Promoter Score had gone “through the roof” since its Club World business class offering was refreshed in September.

Asked what the airline was doing to support agents, he said: “An airline like BA is totally committed to the trade. It could not exist without the trade. We will continue to work with travel agencies and remain very committed to making sure that your customers – while they are under our care – are being delivered the very best product.”
The airline’s profits rose by €110 million to €741 million in the year to the end of June.

Cruz said the IT meltdown “sped up” the implementation of a £4.5 billion investment that will fund 72 new aircraft, new interiors for 128 aircraft, power supplies at seats and cabin-wide Wi-Fi.

YouGov used its BrandIndex data, gathered from thousands of interviews with consumers every day, and its data vault of some 250,000 profiles to analyse perceptions of airline brands.

In comparison, perceptions of Ryanair improved slightly on both value and quality measures, but the full impact of its recent pilot rota fiasco will not have been fully reflected by the rolling data.

EasyJet had minor declines of 0.2 points for both measures.

Despite the drops, BA remained the highest-rated carrier among UK respondents.