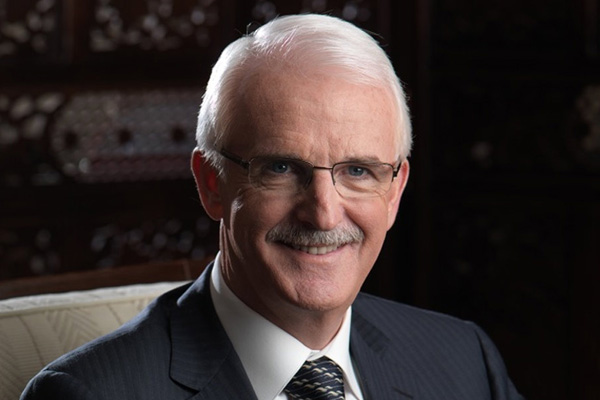 Speaking at the second annual International Travel Crisis Management Summit in London yesterday, Lawless said the change of government post-referendum put the issue “on the backburner”.

British carrier have been unable to fly to the Red Sea destination since 2015 when a Russian Metrojet aircraft was blown up in mid-air having taken off from the airport.

This week the Egyptian ambassador to the UK renewed calls during World Travel Market for flights to resume and the British government said the security situation was under “constant review”.

However, Britain remains the only major source market to the Red Sea region not allowing flights to Sharm el Sheikh.

“The WTTC and UNWTO saw the prime minister of Egypt who said please talk to the British government about allowing flights.

“Unfortunately after the change of government after Brexit it did not happen. David Cameron was about to allow it, but it got put on the backburner.”

Lawless said the UK government said it has maintained its stance despite a British company, Control Risk, being brought in to review security measures at Egyptian airports.

Using statistics to show the impact of crises on destinations, he told delegates that political turmoil, rather than terrorism or natural disasters, tend to have the longest lasting impact.

Lawless predicted that the Catalonia region of Spain will soon be advertising to tempt tourist back despite this year’s “anti-tourism” attacks by protest groups in Barcelona.

“Catalonia is seeing the impact on forward bookings and cancellations due to the independence movement,” he said.

“Ironically we have seen attacks in Barcelona on tourist buses, now people will be advertising for more people to come to Catalonia. I’m sure that’s something we will see very soon.”

Lawless said the travel industry globally is set to grow by more than 4% annually over the next decade as hundreds of millions of people join the middle classes and gain access to travel.

“By 2027 we will need another 90 million people working in in our hotels and airlines to accommodate this predicted growth,” he said.

The WTTC estimates the travel sector contributes $7.6 trillion to the global economy either directly or indirectly, the equivalent of 10.6% of global GDP.

In addition it says over 292 million jobs are supported by the sector, or one in ten of all jobs in the world.

ITCMS brought together over 200 delegates from 42 nations for the second time in London yesterday. Next year it will run an international travel for peace summit in Jordan.