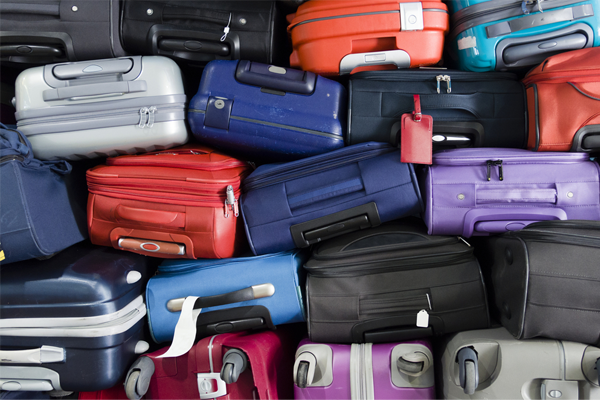 Improvements in the tracking of luggage during flights will be imposed on airlines as figures revealed that almost 22 million items went missing last year.

Regulations will be introduced next summer in an attempt to cut the number of bags being lost after it emerged that mistakes cost the aviation industry $2.1 billion in 12 months.

A new duty to be introduced in June 2018 by Iata will require airlines to track bags at four critical points during a journey, The Times reported.

This will instantly alert if bags have been lost, rather than putting the onus on passengers to report losses when luggage fails to turn up on the collection belt. It will also force them to share data on bags between carriers.

It is expected that the system will cut baggage losses by up to 30%. At present there are no universal obligations towards tracking and recording bags.

Over 21 million pieces of luggage went missing worldwide last year after check-in. Almost half were lost during the transfer process when passengers connected between flights.

More than 90% were reunited with their owners, although one in six was damaged or had contents stolen. The remaining unclaimed bags were auctioned by airlines or given to charity.

The study by aviation technology company Sita found that the worldwide mishandling rate was actually at a record low, with losses falling by half in a decade.

However, European airlines lost more bags last year than 12 months earlier with eight bags per 1,000 passengers going missing last year compared with 7.8 in 2015. Travellers in Europe were four times more likely to lose their luggage than those in east Asia.

The baggage resolution was agreed by Iata members in 2014. The organisation insisted that airlines had not been forced to abide by it but had agreed unanimously to do so.

Rory Boland, travel editor of consumer body Which?, said: “Any steps to improve baggage tracking are very welcome, but we also want to see airlines do a better job of helping passengers whose bags have been lost.”

Suffolk-based company Trace Me runs a system in which passengers buy a credit card-sized code tag that is registered online and then attached to their luggage.

Managing director David Steer said: “My advice to travellers – make it easy for the airline or airport to identify your bag if something does go wrong.

“Put clear ID on both the outside and inside of your bag. If you can, add a separate traceable tag to your bag.”