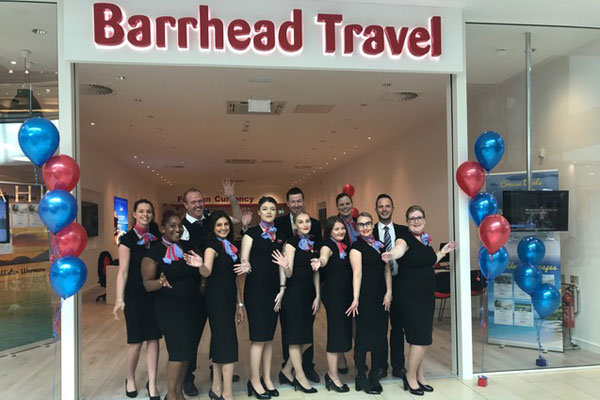 Barrhead Travel is to open at least eight shops in 2018 – including six in England.

The leading Scottish agency has not revealed the locations of the new shops south of the border, but said one of two new shops in Scotland would be in Edinburgh.

The family-run network, including its franchise stores and managed service travel partners, will number 78 by the end of this year and is expected to top 90 by the end of next year.

Chairman Bill Munro said the agency would also expand the size of its ‘heartland’ shops, starting with Livingston, which will double in size to 3,000sq ft.

“We are going for bigger stores in high-footfall areas,” he said.

Munro said Barrhead “has to move quickly” with its expansion plans in England, where it has already opened stores in Newcastle, Cumbria and Leicester.

“There could possibly be more [than six],” he said. “It depends on opportunities.”

Barrhead, which held its business partner conference at the Trump Turnberry hotel in Ayrshire last weekend, recently announced a new “experience store” will open in Belfast – its first foray into Northern Ireland.

It now employs more than 1,000 staff, around 100 more than last year, and has doubled its regional sales management team to four.

“Travel agents are not suffering in the same way as other shops on the high street,” said Munro, who explained that people still want to speak to agents in person for holiday booking advice.

“A proper travel agent still has an important role on the high street,” he said. “The public realise that and come to us for advice. And we really look after them.”

Munro said there had been no progress on external investment since Barrhead asked accountants BDO to look for financial backing to boost its expansion plans.

“If that happens, we could double the size of the business in 12 months,” he said.