Nowhere does road trips like the US, as Laura French finds out.

There’s nothing quite like the freedom of cruising along miles of open road, windows down, radio on – and with its epic landscapes, all-American towns and heritage-rich routes, the US seems to have been made for exactly that.

Whether clients have four weeks or four days, this colossal country has something to suit. To point you and your clients in the right direction, we’ve picked six of the best across the board, offering value and flexibility as well as the chance to get up close and personal with a country whose sheer diversity never fails to stun. 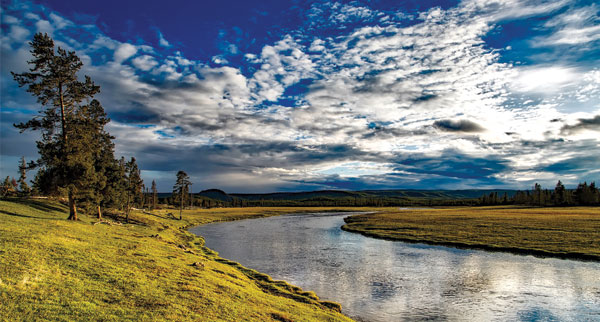 From the rainbow-coloured, steaming geysers of Yellowstone National Park to the dramatic peaks and mirror lakes of Grand Teton, cowboy-loving Wyoming is overflowing with riches, and there’s no better way to experience it all than on four wheels, at your own pace.

Ranch Rider recommends a seven-night self-drive from Denver, Colorado. Drivers will pitch up at Cheyenne, capital of Wyoming, where they’ll be able to visit the iconic Frontier Days Old West Museum – complete with rodeo exhibits and 19th-century wagons – before moving on to Thermopolis, home to the world’s biggest mineral hot springs, and once a favourite haunt for Butch Cassidy and the Sundance Kid. From there it’s on to Cody for the renowned Cody Nite Rodeo – launched in 1938, it’s the world’s only nightly rodeo – followed by Yellowstone, Grand Teton and cowboy-centric Jackson Hole, where shootouts, rodeo and the ‘chuckwagon supper’ are everyday occurrences.

Book it: A seven-night tailor-made self-drive with Ranch Rider starts at £735 per person, based on two sharing, including car hire and accommodation.
ranchrider.com 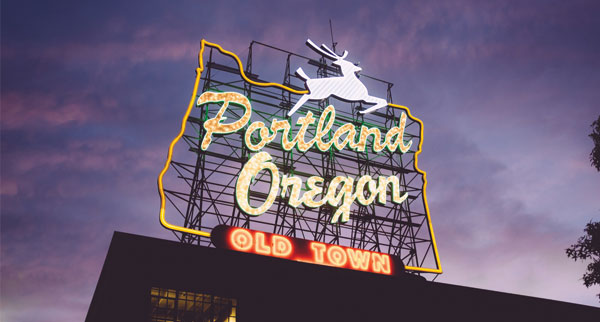 Perched in the northwest corner of the US you’ll find Washington State, where mountains, forests and waterways decorate vast, open spaces. It’s growing in popularity thanks to improved accessibility from the UK, according to David Pointer, senior product manager for the US at Western & Oriental.

“The increase in direct flights between London and Seattle is really opening the Pacific Northwest up to travellers,” he says. “With vibrant cities, dramatic national parks and a long coastline, this is a good region to recommend to travellers who’ve already ticked off better-known parts of the west and east coasts, and are looking for somewhere a little more off the beaten track.”

Among the region’s highlights are the Olympic National Park, home to a smattering of wild, untouched beaches; Oregon’s Pacific Coast, speckled with traditional villages; and Crater Lake National Park’s ‘Rim Drive’, where caldera views surround you at every turn of the wheel.

Western & Oriental’s self-drive trip packages them up with wine trails, stops in tax-free Portland and the town of Bend, a hub for outdoor adventure set beside lakes and peaks.

Book it: The two-week trip with Western & Oriental costs from £3,135 per person including international flights, accommodation and car hire.
westernoriental.com 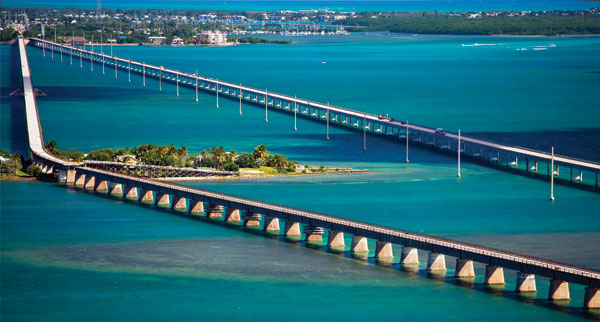 For families seeking thrills, nothing quite beats Florida, but it’s not all about the theme parks. For those wanting to combine adrenaline with cultural stops, suggest Funway Holidays’ 13-day Florida Sunshine Self-Drive Tour, which ranks among the operator’s top-selling self-drive routes.

Clients will spend five nights in Orlando before carrying on to Naples and Miami, where they’ll be able to explore the likes of Fort Lauderdale and the Everglades from the freedom of their own vehicle. Finally, it’s on to Key West via Key Largo and the underwater John Pennekamp Marine State Park, to check out the island city’s vibrant coral reefs and pastel-coloured houses.

Malcolm Davies, Funway’s product destination manager, says: “All three destinations are big sellers. This route combines the variety of theme parks with the trendy vibe of South Beach and Miami, and the drive down into the Keys is surrounded by beautiful scenery.”

For those seeking the freedom to go at their own pace, suggest a fly-drive holiday without a set itinerary. Tui offers flexible packages in the region with various vehicle upgrades available, including SUVs and convertibles, adding further appeal to a trip that’s all about the fun.

Book it: Funway Holidays’ 13-day Florida Sunshine Self-Drive Tour starts at £1,269 per person including car hire, three-star accommodation (five nights in Orlando, four in Miami and five in Key West) and flights from Heathrow. Travel is based on two adults sharing, departing in 2018.
funway4agents.co.uk 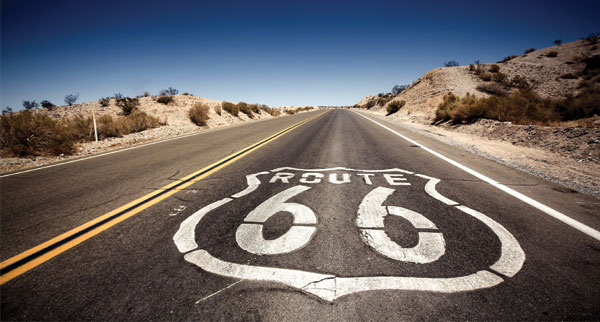 All-American diners, empty roads and the extraordinary landscapes of the wild, wild west? Route 66, spanning eight states and three time zones, rules the roost when it comes to iconic US road trips, and there’s nothing quite like exploring it all on the back of a motorbike.

Travel 2 offers a 15-day trip enabling daredevils to do just that, taking them from the glitz of Chicago and its sprawling skyline all the way to Santa Monica and its iconic pier.

Mark Henderson, senior product and commercial manager for touring, says: “Stretching 2,400 miles from Chicago to Los Angeles, the long, open roads lend themselves perfectly to riding on the back of a Harley-Davidson. You’ll be accompanied by a tour guide to show you the way and give you the lowdown about each destination.”

Riders will pass through port city St Louis, set on the Mississippi and renowned for its blues bars, before moving on to Amarillo for a taste of far-out Texas. From there it’s on to the Grand Canyon to glimpse the myriad colours of this immense natural structure, before moving to the bright lights of Las Vegas and Los Angeles.

For those less keen on the bike idea, there are plenty of four-wheeled options around. Consider Premier Holidays’ 16-night self-drive car itinerary along the historic route, which features the above stops plus Oklahoma, Albuquerque and Santa Fe.

Book it: Travel 2’s Route 66 Guided Motorcycle Tour starts at £2,899 per person next May, including flights from Heathrow.
travel2.com 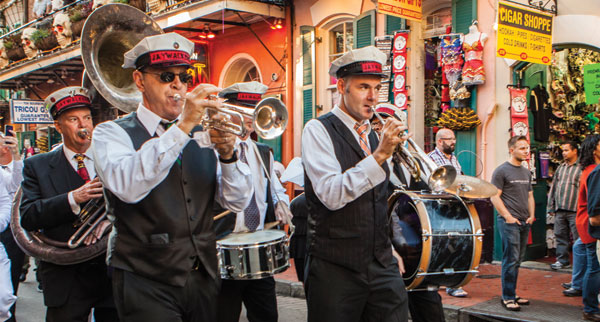 If you’ve got music-loving, culture-curious clients on your hands, nothing quite beats the Deep South and its rock ’n’ roll, jazz-centric cities, and new direct flights with BA from London to New Orleans and Nashville mean it’s easier than ever before to get there.

Various operators offer self-drives in the region. For a whistle-stop tour, suggest Hayes & Jarvis’s eight-night itinerary, which takes drivers from New Orleans and its French Quarter to Memphis – home to Elvis’s Graceland mansion and Sun Studio, where BB King and Johnny Cash recorded albums – before finishing up in country-loving Nashville. Here, honky-tonk music joints and the weekly Grand Ole Opry country music show promise to get toes tapping and round off the trip with a bang.

The journey is just as important as the destination, of course. Isla King, destination executive for Hayes & Jarvis, recommends breaking up the journey from New Orleans to Memphis with a stop in Mississippi at Jackson or Vicksburg. “Suggest visiting the Mississippi State Capitol and Vicksburg National Military Park,” she says. “Another great stopping point would be the small town of Tupelo, where Elvis Presley was born and spent his formative years. Then as you head from Memphis to Nashville, stop at the Old Country Store at Casey Jones Village in Jackson, Tennessee, for some delicious home cooking.”

Book it: Hayes & Jarvis’s eight-night self-drive costs from £1,849 per person, including three nights at the Hyatt Centric French Quarter New Orleans, two at the Crowne Plaza Memphis Downtown and three at the Sheraton Nashville Downtown (all room-only). The price includes a walking tour of the French Quarter, Graceland Elvis Experience tour, car hire and BA flights from Heathrow, based on a June 11, 2018, departure.
hayesandjarvis.co.uk 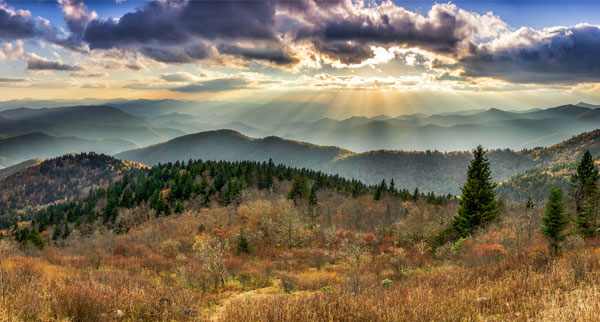 Colourful wildflowers, rolling hills and the ever-present silhouette of the mountains make the 469-mile Blue Ridge Parkway through North Carolina and Virginia one of the most scenic routes in the US, and an excellent option for active types wanting to stretch their legs along the way.

Clients with time to spare can complete the journey in about a week, but those wanting just a snippet can cut in at almost any point for a few hours of carefree cruising – suggest Asheville to Boon for an especially noteworthy stretch complete with hiking trails bordered by maple and tulip trees.

“You get to meet the locals and experience a more authentic side to the US than in the big cities.”

Those looking for the full whammy will start in Waynesboro, Virginia, and glide all the way to the Great Smoky Mountains in North Carolina. Key highlights include Roanoke River Gorge, the Blue Ridge Music Centre – a huge museum devoted to old-time music – Grandfather Mountain, Yellowstone Falls and the Blue Ridge Parkway Visitor Center, complete with a movie theatre showing films about the region.

Funway’s Davies says: “You drive at a sedate 30mph and there are viewpoints seemingly at every turn. Accommodation along the way is in smalltown America, where you get to meet the locals and experience a more authentic side to the US than in the big cities.”

Book it: Suggest hiring a car or motorbike for those wanting to go at their own pace without a set itinerary. Affordable Car Hire offers commission to agents, with prices from £49 per day. Vacation interruption protection, damage waiver and insurance are extra, and range from $21 to $33 per day, purchased locally.
affordablecarhire.com

“Make sure you look at the driving distances and plan the sights that you want to visit, so you know how much time to spend at each place and don’t feel rushed.

“Check your fuel when driving on open roads or through national parks to make sure you don’t run out.

“If you don’t hold a motorcycle licence but still want the thrill of a Harley- Davidson, try one of their new Slingshots to experience the feel of cruising along the open roads with the wind in your hair.”

Portland to Boston: If clients have several weeks on their hands, suggest an epic coast-to-coast trip, which takes in Massachusetts, New York, Pennsylvania, Ohio, Illinois, Iowa and Nebraska.

Hill Country Hideaways, Texas: Winding backroads and two-lane highways characterise this out-in-the-sticks route, where canyons, rivers and sagebrush plains provide a glimpse into Texas at its most quintessential.