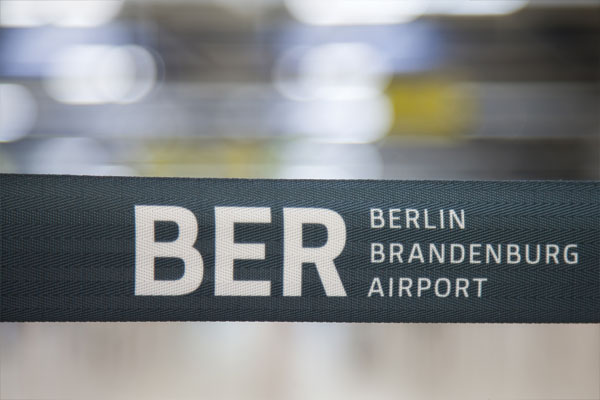 The board of Berlin Brandenburg Airport has dismissed media reports of fresh delays to construction due to safety concerns, while conceding the project continues to suffer multiple safety-related issues.

Berlin daily newspaper the Tagesspiegel reported today (November 24) on a series of defects revealed by a report on systems testing at the new Berlin Brandenburg Airport, the opening of which has already been delayed six years.

The Berlin Brandenburg (BER) supervisory board rejected claims the defects were new or the subject of “a secret report” and insisted the airport remains on course for completion next August.

But in a statement, the board conceded there remain “significant deficiencies” in the fire alarm system, electroacoustic emergency warning system, safety lighting, the safety power supply, smoke control and sprinkler system in parts of the airport terminal.

Work on Berlin Brandenburg Airport, conceived as a replacement for both Berlin Tegel in the west of the city and the former East Berlin airport Schonefeld, began in 2006.

It was originally due to open in 2011.  Construction delays pushed the opening to June 2012, when it was scrapped a month before its official unveiling amid concerns about fire safety.

The opening has since been pushed back a further three times, while the supervisory board has seen a succession of chief executives – including four in the last in the last four years.

Costs have doubled to more than €5 billion in that time and continue to accumulate at a rate of €13 million a month.

Emirates chief executive Tim Clark described the airport as “an embarrassment” this year when it “should have been a world-class showpiece for Germany”.

The list of past construction defects include automatic doors which lacked a power supply and escalators that were too short. Yet the delays in opening have been overwhelming due to safety defects.

In the meantime, the airport has been overtaken by growth in demand. It was designed to handle 27 million passengers a year at a time when Berlin’s airports collectively handled 17 million.

The city’s Tegel and Schönefeld airports handled 33 million passengers in 2016.

Tegel, the preferred choice of business travellers, was long since supposed to have shut down. Instead, easyJet will begin flying from Tegel for the first time in January when it takes over slots formerly used by the failed Air Berlin.

In its statement, the supervisory board said: “The construction project management of the airport is intensively concerned with working through the mistakes of the past and resolving the remaining shortcomings.”

It insisted the airport remains on “schedule for structural completion” by the end of August 2018, although it described the deadline as “ambitious”.

Chief executive Engelbert Lütke Daldrup said: “I will propose to the Supervisory Board an entrepreneurially responsible date for commissioning [the airport] on 15 December.”