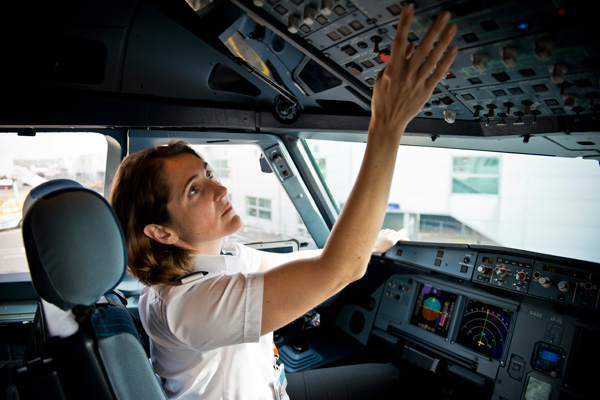 The proportion of female pilots recruited by easyJet has doubled amid efforts to make its flight crew more diverse and to cut a gender pay gap.

The carrier expects this to rise to a fifth by the end of the decade.

Aviation remains one of the most male-dominated professions, with women making up only 3% of commercial pilots worldwide.

The airline admitted that the low number of female pilots had affected the gender pay gap of the entire company, which stands at 51.7%.

This was “strongly influenced” by the dominance of men on its pilot roster, with pilots paid an average of £92,000, compared with £24,800 for cabin crew.

Head of flight operations David Morgan told The Times that male and female pilots and crew were paid equal salaries.