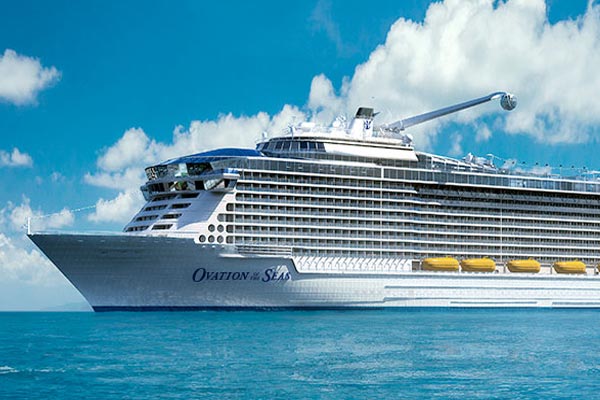 A gastrointestinal outbreak has struck down nearly 200 passengers on board Royal Caribbean’s Ovation of the Seas, according to reports.

The vessel, which carries more than 5,800 passengers of which approximately 325 are understood to be Britons, arrived in Tasmania on Tuesday after a trip to Singapore.

According to ABC, there have been 195 reported cases of gastrointestinal illness in the 14 days the ship has been at sea.

The cruise ship is currently docked in Hobart, Tasmania.

In a statement, Royal Caribbean told ABC: “Those affected by the short-lived illness were treated by our ship’s doctors with over-the-counter medication, and we hope all our guests feel better quickly.

“Meanwhile, we’re taking steps like intensive sanitary procedures to minimise the risk of any further issues.”

Royal Caribbean’s onboard restaurant operations team issued a statement to passengers, saying how the outbreak was “thought to be Norovirus”.

Royal Caribbean has been contacted by Travel Weekly for further comment.