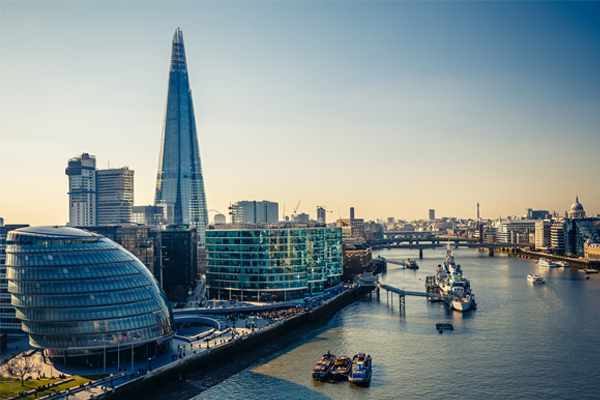 London shook off terrorist attacks to emerge as this year’s destination of choice for European and UK travellers, new research reveals.

The lure of budget long-haul travel also led to a 29% surge in flight bookings by European travellers.

The company’s latest European travel trends and booking behaviour study shows a rise in UK staycations with the Brexit impact on the value of the pound behind the rise as UK consumers opted to stay closer to home to ensure value for money.

The slump in sterling could also be responsible for the surge in inbound visitors from Europe, attracted by the cheap pound against the euro.

London, Paris and Berlin have all suffered terror-related attacks in recent years but all attracted a greater number of bookings from Europe so far this year.

“This data suggests that traveller numbers have remained resilient, with no signs of a significant long-term impact to the numbers visiting these major European capital cities for 2017,” the report said.

Asia has been a major beneficiary with the trend set to continue  into 2018 with Singapore topping the list of destinations showing the largest forward booking growth.

The growth of Norwegian’s budget transatlantic services has helped spur growth with the cost of flying to San Francisco, Miami and Los Angeles all dropping by between 12% and 19% year-on-year.

Other destinations growing in popularity include the Azores, venue for this year’s Abta Travel Convention; Podgorica in Montenegro, Gdansk in Poland and Salzburg in Austria.

Company chief executive Dana Dunne said: “Throughout 2016 and 2017 a number of challenging headwinds emerged but our bookings data shows that the online travel sector has remained resilient.

“The outlook for the sector is optimistic, with travellers cross Europe and the UK remaining eager to visit perennial favourites such as London as well as exploring further flung destinations sich as New Delhi and Singapore.

“The additional choices presented by new market entrants for both sort-haul and long-haul travel are welcome news to consumers and the travel industry.”

Head of UK Robert McNamara added: “Our report bears good news for London, with an increased number of European travellers choosing to visit, providing a welcome boost to the tourism industry post Brexit.”