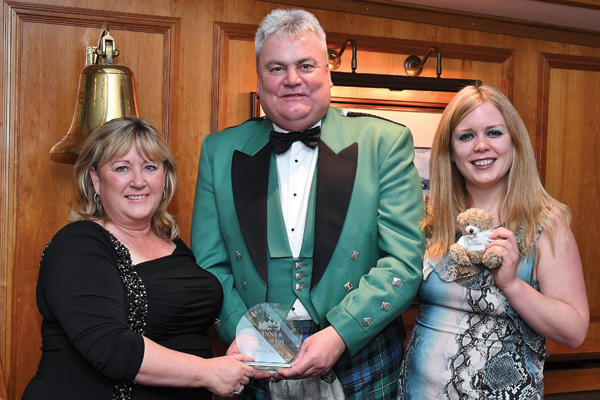 Hebridean Island Cruises handed out its first travel agent awards in nine years on a fam trip hosted to show its commitment to the trade.

Known as the Queen’s favourite cruise line, Hebridean – which didn’t deal with agents until 1995 – was sold by All Leisure Group just before the latter’s collapse in January this year.

Managing director Ken Charleson said the 2008 sale of the line’s ship Hebridean Spirit, a result of the financial crash, hit the cruise line “hard”, to the extent that agents assumed it had stopped dealing with the trade.

“We are very keen to work with agents and want to take your clients on our holidays,” he said.

Although only 14% of guests book through agents, he said sales through the trade still amounted to £1 million of turnover, so was “an important part of our business”.

The line has vowed to support the trade by directing potential customers to their local agent.

It also produces mini-brochures on which agents’ contact details can be added.

Hebridean, which turns 30 in 2018 and mainly operates Scottish lochs and islands itineraries, is expanding its river cruising product, which includes itineraries on the Rhine and Danube.

Charleson said: “The only way to do that is to get the trade on side.”

Hebridean, which offers price parity, said staff were ready to visit agents “on request” for training and to host joint events to familiarise customers with the brand.

Charleson gave out awards in three categories on the two-day familiarisation cruise which departed Greenock for the Isle of Bute, Loch Long and Loch Goil with dozens of agents on board 50-passenger Hebridean Princess.

Winner of the agent of the year award was Cruise Select, whose owner Rachel Wright collected the award alongside her daughter Amy, who also works at the Bedford agency. Wright said: “Hebridean always support us, whether its ship visits or events. We’ve built a great relationship.”

The newcomer of the year award went to Blue Water Holidays, while the accolade for most improved sales went to the Luxury Cruise Company.