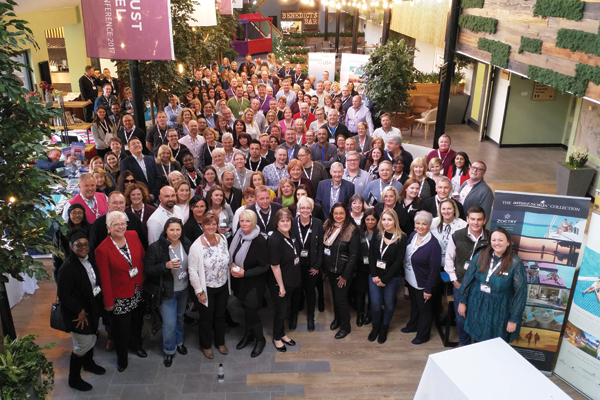 Homeworkers in the Not Just Travel franchise will be able to earn commission upfront under a new scheme designed to help their cashflow.

Steve Witt, co-founder of the travel agency, revealed details of the agreement at the firm’s annual conference in Reading.

Under the new terms, agents will be able to receive up to 75% of commission earned within 30 days of a booking. Homeworkers usually have to wait until customers go on holiday.

Witt said: “One of the big challenges in our business is cashflow. There is some fantastic money to be made, but you don’t get paid until the customer has travelled.

“That’s great from the point of view you that you have money in the bank for this time next year, but your motivation can be quite low, because you do all this work booking holidays, but it could be 10 months before you’re paid.

“How much more motivated would you be if you could get that money a little bit quicker?”

Witt said agents can sign a new agreement with Not Just Travel to get paid within 30 days from January 1.

Agents can choose to be paid up to 75% of the commission they have earned for a fee, equivalent to 5% of the upfront commission. The rest is retained in case of cancellations. Witt said the offer was cheaper than an overdraft facility or a bank loan.

“We’re giving you the ability to advance commission to yourselves without having to borrow money from the bank to keep going.

“If you need more money, all you need to do is sell more holidays. In effect, we are giving you a loan.

“This is an opportunity to increase your cashflow, to reinvest in your business. It’s going to have a massive impact on your businesses.”

Not Just Travel has recruited a central sales team of four to convert homeworker enquiries, allowing agents to focus on generating new leads.

John West, new managing director of the agency, said the team, based at its Bournemouth headquarters, has a wealth of experience, mainly at Virgin Holidays and Thomas Cook.

It is led by Elaine Clark, an experienced sales and branch manager from Virgin Holidays.

The service is being piloted by two leading Not Just Travel homeworkers, Norma Jordan and Atul Sheth, before being offered to the entire network.

West said: “This will not be for everyone, but some people will love it, as it’s an opportunity to grow your business.

“Also, when you start out, you may want to go out and recruit customers and maybe closing the sale isn’t your forte. Likewise you may be going on holiday for a prolonged period.”

Not Just Travel will limit the number of agents that can use the sales team and they will be charged a £500 a month fee. Agents will receive commission on all sales converted.

Outlining the firm’s performance this year, Witt said growth was well ahead of the market, with like-for-like sales volumes up 95%, average booking values up 20% and passenger numbers up 55%.

The agency has just over 300 agents and on average three a day are joining, 60% of which are joining as ‘Elite’ members, the second of three tiers it offers, the others being ‘Pro’ and ‘Supreme’.

The vast majority of its agents are from outside the travel industry and over half are having the cost of their franchise (which start from £9,995) refunded by hitting a first-year target, Witt said.

Witt said the firm’s recent Black Friday promotion was a resounding success, with more than double the volume of sales on that day than any other day in the month.