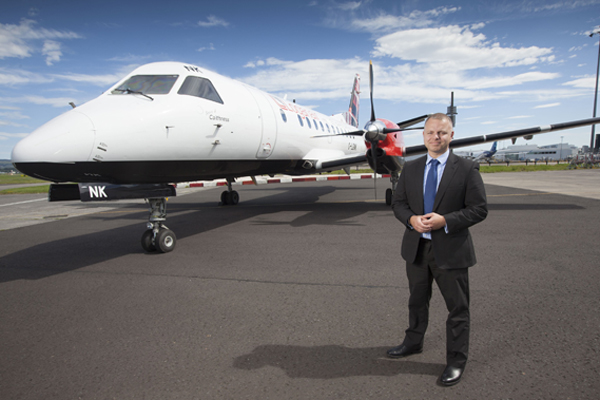 A new three-times weekly jet service linking Manchester and Inverness with Bergen features as part of an expanded summer schedule 2018 by Loganair.

Weekly services to Stornoway and Sumburgh will join twice-weekly flights from Manchester to Kirkwall in the airline’s first summer of flying under its own brand.

The most remote island community in the UK will also gain a summer air link. Fair Isle, where the airfield is run by the National Trust for Scotland, will receive two flights a week on Mondays and Fridays from Kirkwall between May 25 and October 5, with onward connections to Edinburgh, Aberdeen, Inverness, Manchester and Norwich via other Loganair services.

New flights will also operate over the summer between Norwich and Inverness – non-stop from June to September every Monday and Friday; from Norwich to the Isle of Man to meet demand over the TT Races; and from Glasgow to Guernsey, where a new Saturday service will be introduced from May 26 to September 15 – Scotland’s only direct link to the second largest of the Channel Islands.

Managing director Jonathan Hinkles said: “We’re delighted to be launching a brand new range of services for summer 2018 to cement Loganair’s position as one of the UK’s fastest growing and popular airlines.

“Since we started flying under our own name once again from 1 September – after nearly three decades of services under franchise agreements with other airlines – we’ve seen a tremendous response to Loganair’s strong Scottish identity and the friendly service that we offer, which includes.a free 20kg baggage allowance, free in-flight refreshments and a commitment to no credit or debit card payment surcharges.”