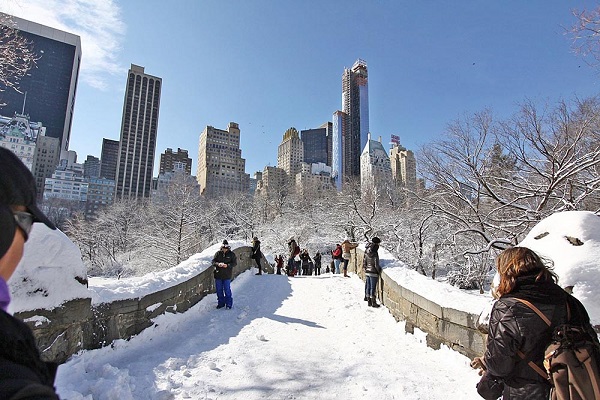 New York has emerged as the top overseas destination for British travellers this Christmas.

Barcelona, Tenerife, Miami and Malta follow the US city as the most popular places to visit over the festive season, according to flight booking data compiled by travel technology firm Traveltek.

Londoners’ top choice is Miami while Scots are booking to travel to Tenerife for winter sun.

The only non-European destination besides New York on the list is Dubai, which ranks tenth.

The list of top 10 Christmas destinations is based on bookings via the majority of UK independent travel agencies, as well as travel companies in several international markets.

It covers all flight bookings out of major UK airports between December 18 and 24.

Global sales director Peter Whittle said: “Our research found UK travellers are mostly heading to warmer climes this Christmas, although New York – a city known for celebrating the season in style and often cloaked in snow – remains the number one favourite.

“What is also clear from our data is that our clients have been inundated with festive bookings, which in the UK has no doubt been spurred by the recent ‘big freeze’, and this ends the year on an optimistic note for the travel trade.”