Laura French looks ahead to the destinations in demand for 2018.

Another year over, a new one just begun . . . well, not quite. We might be yet to devour the turkey, prance round the Christmas tree and down all the brandy, but there’s no time like the present (excuse the pun) to start thinking about where’s hot next year, so we’ve rounded up the key destinations to watch out for in each region – prepare yourself for some crackers.

Old favourites: European escapes are still going strong, and whipping up a buzz is Malta’s crowning glory, Valletta, named European Capital of Culture for 2018. Ryanair and Jet2.com are introducing more flights from regional airports and Air Malta will reintroduce its weekly service from Manchester on May 1. In anticipation, Super Break has increased its hotel offering on the island by more than 30% for 2018, adding Mellieha and St Julian’s to its programme.

Elsewhere, Greece is coming up trumps. Kuoni is introducing Kos and Corfu to its portfolio to meet surging demand, while Saga’s quality executive, Julie Dent, says: “Crete and Rhodes are going crazy.” Sunvil is tipping Kefalonia and Paxos for 2018, and Olympic Holidays says Zante, Corfu, Skiathos and Kos have seen an increase of more than 25% year on year.

Turkey is showing promising signs of recovery too. Jet2holidays has increased capacity by 165% for summer 2018 following a “huge rise in demand”, according to Zoe Towers, head of product.

Looking to northern Europe, there’ll be a swathe of battlefield tours to mark 100 years since the end of the First World War. Leger Holidays’ four new itineraries are already selling well, while Insight Vacations is adding a four-day battlefields tour through northern France and Belgium to mark the anniversary of the armistice. 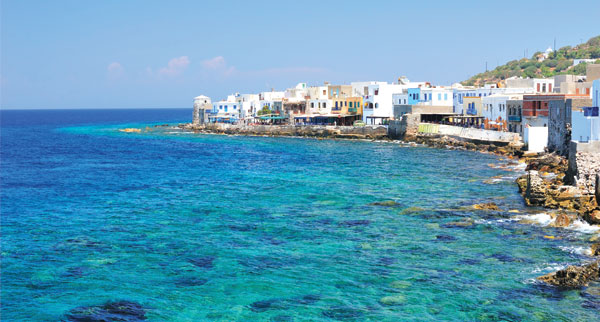 Rising stars: Heading east, Croatia and Slovenia continue to steal the show, according to Balkan Holidays, while Shearings says bookings to both destinations have risen more than 70% this year. Osprey Holidays has added Croatia for 2018, while Prestige Holidays is introducing Vis, which is set to garner attention next summer as the location for the forthcoming Mamma Mia! sequel.

The region’s lesser-known countries are gathering steam, too. Saga will offer Albania for the first time, while KE Adventure Travel will take even more adventurous visitors beyond the mainland to Sazan Island, a secret military base that opened to visitors for the first time in May. Explore, meanwhile, says Kaliningrad, Belarus, Macedonia, Ukraine and Moldova are the ones to watch. Intrepid Travel has added a trip visiting the last two, together with Romania.

“The Croatian island of Vis is set to garner attention next summer as the location for the Mamma Mia! sequel.”

You can’t talk about 2018 without mentioning Russia, where the spotlight will be on the football World Cup.

G Adventures’ bookings to the destination have risen 57% in the past two years, while Kirker Holidays reports similarly strong sales. That’s set to mushroom further as the Russian embassy waives visa fees for those attending the sporting event. Kuoni has introduced the destination for 2018, in anticipation of the surge.

Old favourites: Asia is booming, with India and Japan on everyone’s lips. In India, Cox & Kings says demand for Kerala is rising, while Wendy Wu Tours has introduced the fort town of Bundi to its best-selling itinerary, as bookings to the country continue to soar.

For Japan, it’s all about the Rugby World Cup 2019 and 2020 Summer Olympics. Premier Holidays product manager John Parker says: “We have already seen considerable growth into the country and this is only going to increase further with the additional exposure for these events.” Western & Oriental will launch new tours to the country, while Intrepid will push the northern regions with its new hike, bike and kayak tour, which visits winter festivals and takes in the country’s more mountainous areas. 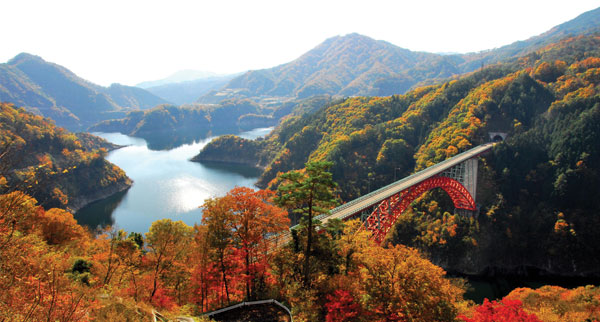 Rising stars: In February, all eyes will be on South Korea thanks to the Pyeongchang Winter Olympics, with a new terminal at Seoul’s Incheon airport likely to give further traction. It follows other development in the capital such as the Seoul Skygarden, a leafy stretch of shops, cafes and cultural venues, which opened earlier this year.

Taiwan is tipped to be the next big thing, with the launch of China Airlines’ non-stop flights from Gatwick to Taipei on December 1 making the mountainous island more accessible than ever for us Brits.

“Those looking to combine paradise-like sands with wildlife and culture continue to flock to Sri Lanka.”

Over in Vietnam, Phu Quoc is making its way onto the tourist map, with new air links including Tui Airways’ weekly non-stop charter service adding to regular services from Vietnam Airlines and Bangkok Airways. International arrivals to the island surged 77% in the first half of this year, and a new mega-hotel, the JW Marriott Phu Quoc Emerald Bay, has cemented its place-to-be-seen status – think beaches and year-round sunshine without the need for a visa.

Old favourites: The Maldives and Mauritius are showing no signs of a slowdown, especially as the latter celebrates 50 years of independence. Those looking to combine paradise-like sands with wildlife and culture, though, continue to flock to Sri Lanka, which aims to double tourist numbers to five million by 2020 and has invested heavily in new infrastructure. Sheena Paton, Kuoni’s senior product and purchasing manager, says: “Road transfers are quicker and easier now and the network of Cinnamon Air transfers means it’s less difficult to get around.” 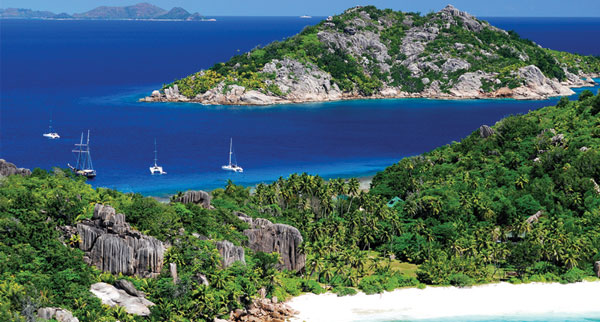 Rising stars: The Seychelles could be hot on their heels, however, with a direct BA flight launching in March. Matt Rushbrooke, head of product for ITC Travel Group, says: “New flight routes always play a major role in boosting particular destinations, so for 2018, we’re expecting increased interest here.”

Over in Australia, it’s Perth that’s getting the attention. Qantas’s non-stop flight, which starts in March, will fly the 9,000 miles from Heathrow to the Australian city in 17 hours – with the option to continue on to Melbourne – making the west coast and wider country more accessible than ever. Denise von Wald, Tourism Australia’s regional general manager for the UK and Europe, says: “Traditionally, Western Australia has been reserved for second or third-time visits, but this has the potential to put Perth on a first-timer’s itinerary.”

Old favourites: North Africa is getting back on track with tourist arrivals to Morocco up 13% between January and August, and Marrakech welcoming the Yves Saint Laurent museum in October. But the star here is Egypt: UK visitor numbers rose by more than 25% in the first six months of 2017, with overall arrivals up more than 50% year on year. And the trend is expected to continue.

“Zimbabwe is the real standout, as it hails a new political era following the resignation of Mugabe.”

Amr El Ezabi, UK and Ireland director for the Egyptian State Tourist Authority, says the resort towns of Hurghada and Marsa Alam have fuelled this rise, with Thomas Cook having recently launched direct flights from Gatwick and Birmingham to the latter. 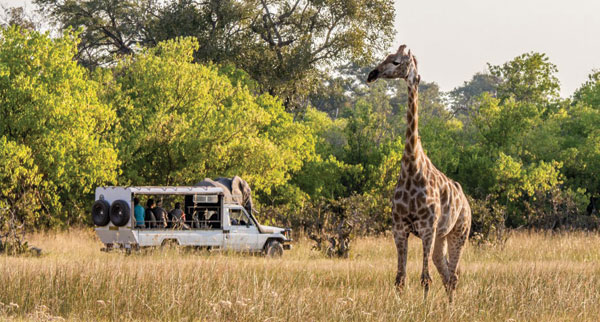 Elsewhere, South Africa will be marking the 100th anniversary of Nelson Mandela’s birth in July with a series of events and exhibitions, adding to the existing string of Mandela landmarks – such as the Mandela House Museum in Soweto – and building on the tourist board’s ‘five in five’ strategy, which aims to increase arrivals by five million in the next five years.

Rising stars: Tucan Travel and Explore report strong forward bookings for Namibia and Botswana, as travellers look to travel beyond the better-known safari destinations. But Zimbabwe is the real standout, as it hails a new political era following the resignation of Robert Mugabe. Interest from the UK has already been growing, according to Ross Kennedy, chief executive of Africa Albida Tourism. “Pre-2000, the UK was Zimbabwe’s biggest market,” he says. “In the first 10 months of this year, the UK has gone back up to the number-two spot, and with this latest news I predict it will be our number-one market again within two years.” Improved infrastructure, including the expanded international airport at Victoria Falls, is likely to bolster its credentials further.

Old favourites: Canada has taken the crown this year with its 150th anniversary. Premier Holidays says year-on-year bookings are up 21% and Insight Vacations predicts the boom will continue, with Ontario celebrating the 125th birthday of its provincial parks and the 40th anniversary of Ottawa’s Winterlude festival.

Despite fears of a ‘Trump slump’, the US is also faring well, with Western & Oriental reporting an increase in bookings for fly-drives, multi-centre trips and ranch holidays. 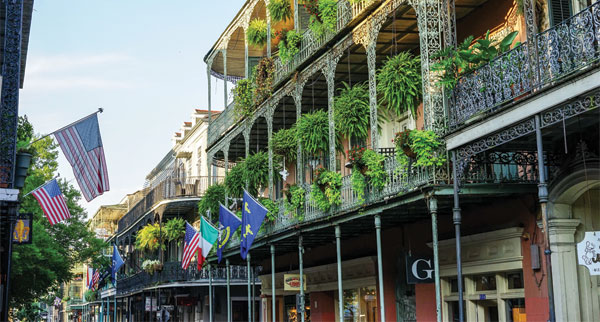 Among the destinations to look out for in the year ahead is New Orleans, which will be celebrating its 300th anniversary with a series of festivals, events and exhibitions. It’s benefiting from increased airlift, as BA launched a non-stop Heathrow flight earlier this year – upping departures from four to five times per week in October – marking the first direct flight from the UK to the city in more than 20 years.

In Latin America, Costa Rica continues to shine. Kuoni says the Costa Rica Explorer is the most popular escorted tour in its portfolio, while Intrepid has reported an 84% rise in forward bookings to the country since last year, making it one of the operator’s top-three destinations. 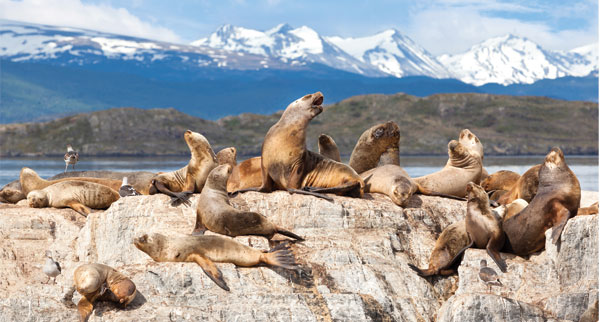 Rising stars: Patagonia – the sprawling, mountainous region in southern Argentina and Chile – is on the up, according to Cox & Kings, with new expedition ship Ventus Australis sailing four-night itineraries from Punta Arenas in Chile to Ushuaia in Argentina from January. Passengers pass through the Strait of Magellan and stop at Cape Horn, navigating some of the world’s narrowest fjords and glacial channels.

Colombia continues its march into the mainstream, with operators reporting a sizeable rise in demand. Tucan Travel is extending its programme here to Tatacoa, a sprawling expanse of desert, and Tierradentro, a remote archaeological park home to pre-Columbian tombs and other excavations dating back more than 1,000 years.

St Helena, South Atlantic: In October, flights began from Johannesburg to the remote, rugged British island of St Helena, which was previously accessible only via a five-day boat trip from Cape Town. Dive Worldwide is already offering an eight-night trip to explore its untouched shores.

Porto, Portugal: “Porto is starting to emerge from the shadow of Lisbon,” says Patrick Millar, marketing manager for Kirker Holidays. “With direct flights from several UK airports and delicious food and wine, it might be the next big thing.” It’s also home to the Lello Bookstore, which inspired the magical settings in Harry Potter.

Greenland: Iceland has long been the star of the Nordics – Rentalcars Connect reports that bookings have trebled in the past three years – but fellow North Atlantic island Greenland is emerging as a quieter alternative. Wild Photography Holidays is among operators introducing a tour there for 2018.