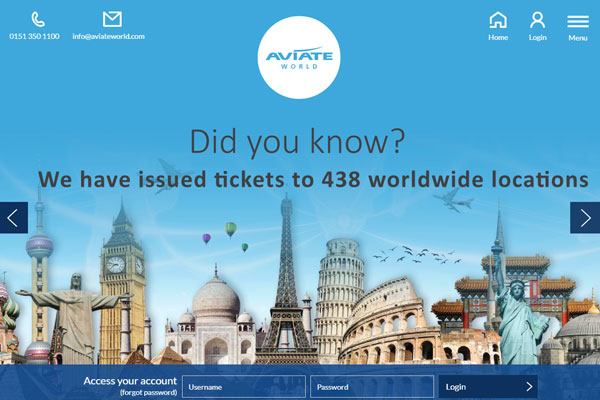 Flight consolidator Aviate is projecting a 55% spike in revenue this year on the back of a period of expansion.

This came as 26 airlines were added to its product portfolio to bring the total up to 50.

This year’s performance was helped by the introduction of Aviator Club, a rewards offering for tour operators.

The company also increased staff numbers from 138 to 209, including a new lead generation team in August, bringing in 69 new clients in September and a further 78 in October.

Seven apprentices were taken on during the year, working in a number of departments including finance, IT, HR and customer services. They will be working towards level three and level six – degree level – apprenticeship qualifications.

Aviate-owned Lime, which provides a search, booking and ticketing service to the trade seeking British Airways tickets, recently announced that its customers will not incur the Distribution Technology Charge applied on the airline’s GDS bookings thanks to the launch of NDC technology earlier this year within a dedicated online portal for BA content.

Aviate managing director Michael Edwards said: “We’ve had some really exciting developments from a product and business perspective, which have enabled us to carve out a strong performance for the year.

“Our new products are starting to make an impact on the market and driving strong results for the business.