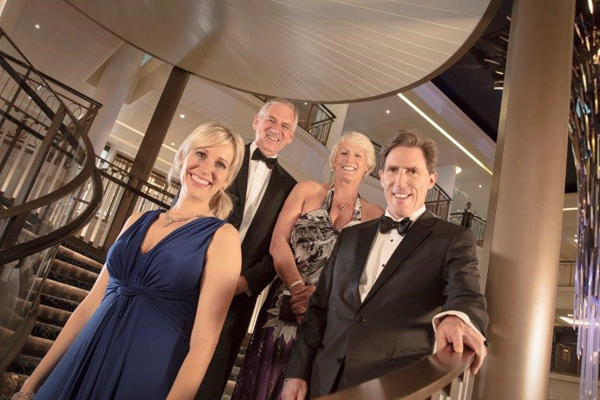 The travel agent star of P&O Cruises’ turn-of-year campaign has urged rival lines to adopt a ‘soft sell’ when advertising on TV.

Barbara Taylor, who has been a Travel Counsellor for 11 years, said P&O Cruises’ ad, in which Rob Brydon plays a starring role, differs from other cruise line TV campaigns.

“I was not really a fan of cruise lines TV advertising before I saw this.

“Obviously having Rob Brydon at the forefront is really good. Now when I speak to people about being an extra in a P&O Cruises advert they associate him with P&O Cruises.” 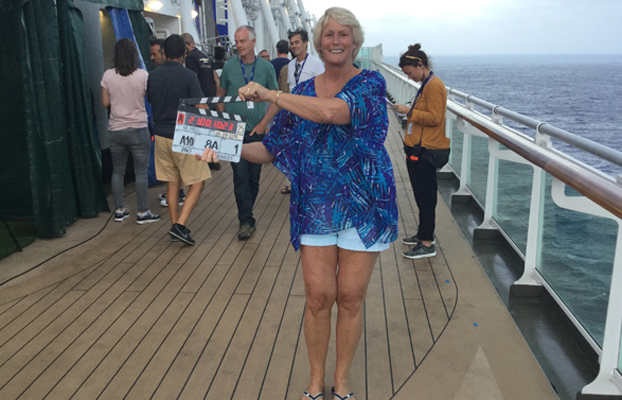 Taylor and her husband took part in three days of filming in the Canary Islands on P&O Cruises’ Britannia ship in September.

She won a competition to appear in a P&O Cruises advert after she sent a film of her reading a poem, explaining why she deserved to be an extra in the campaign.

P&O Cruises’ advert is set to air on Christmas Day during ITV’s Victoria.

Taylor said she would encourage anyone to enter a similar competition.

“It was one of the best things that we as a couple have done,” she said. “It was so much fun. It was a money can’t buy opportunity.

“It was not like we sat around for hours when doing the filming. It was so interesting. There was always someone to talk to on set.

“I would not hesitate to do it all again. Appearing in the advert was definitely a career highlight for me.”

Taylor said Brydon went out of his way to make sure her and husband were comfortable on set.

She said: “When I met him he congratulated me so that was really nice. He also joked that I did not know what I had got myself into and I would regret it.

“He was very friendly and I got a big hug from him when he left the set.”