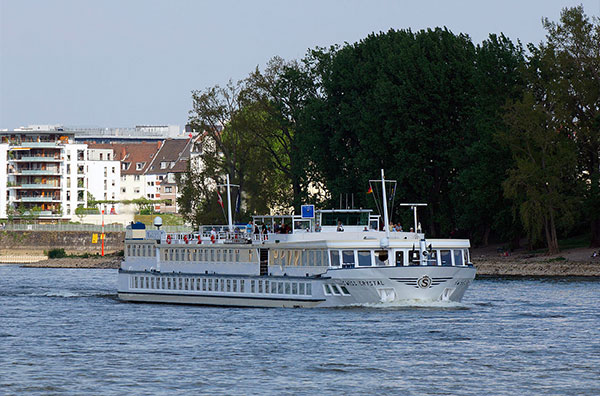 A river cruise ship carrying 129 passengers has crashed into a motorway bridge on the Rhine river injuring at least 25 people.

The 100-ft Swiss Crystal operated by Scylla vessel struck a pillar of the bridge near the German city of Duisburg late on Tuesday evening.

Most of the injuries were described as minor.

Another ship provided by Scylla took 103 passengers plus 26 crew members to Duisburg following the crash.

Several rescue boats provided by the German fire service also attended the crash scene as part of the rescue operation.

According to local media reports, the water level was high meaning the pillar which is usually on land was in the water.

Swiss Crystal was heading to the Dutch city of Arnhem on the last leg of a Rhine tour.

The sailing began on December 22.

Structural engineers have now reopened the bridge after it was closed for several hours as a precaution.