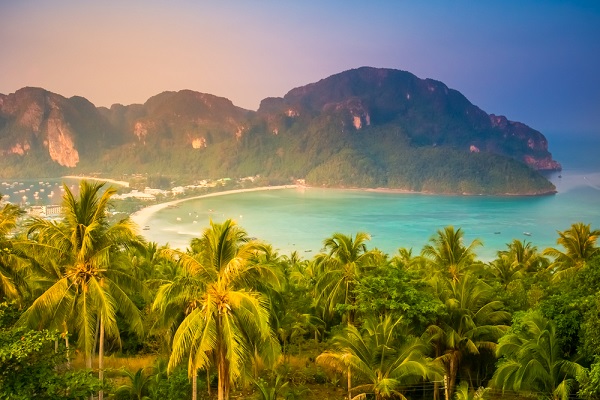 Tourists have been warned to follow the advice of Thai emergency services after a ‘large fire’ broke out on the island of Koh Phi Phi.

Local media reports that the fire broke out at an ‘entertainment venue’.

Thai PBS reported that up to 25 restaurants, guest houses and hotels were damaged and three people suffered minor injuries from smoke inhalation.

The UK’s Foreign Office has updated its guidance for British travellers in the area as a result of the blaze on February 6.

British nationals who require assistance have been urged to contact the British Embassy in Bangkok.

The picturesque island, where Leonardo DiCaprio film The Beach was filmed, is popular with both backpackers and more affluent tourists.

Footage of the fire has since appeared on social media.

The Foreign Office’s updated travel advice said: “On the evening of 6 February 2018 there was a large fire on Koh Phi Phi island in Krabi province.

“If you’re on the island, you should follow the instructions of the local authorities and emergency services.

“British nationals who require assistance should call the British Embassy in Bangkok on +66 (0)23 05833 or e-mail consularenquiriesbangkok@fco.gov.uk.”