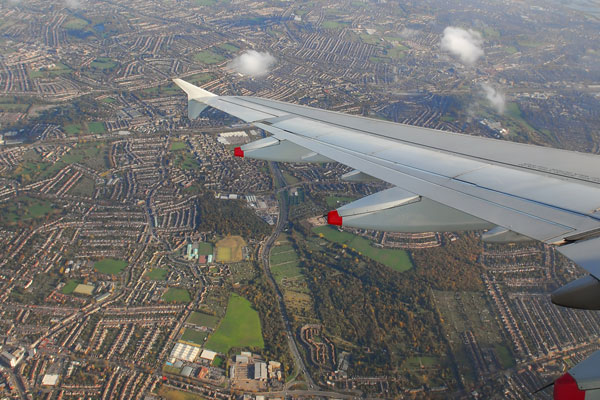 Heathrow today pledged to maintain airline charges “as close to current levels as possible” when a third runway is built.

And the chairman of the airport conceded that any new proposals for expanding the west London hub will be considered.

Lord Paul Deighton reiterated the importance of expansion ahead of today’s final evidence session of the House of Commons Transport Select Committee Inquiry into the draft Airports National Policy Statement.

He issued a letter outlining the case for expanding Heathrow four weeks into a major public consultation into the plans in addition to the wider Parliamentary scrutiny.

“We place enormous importance on this process and will continue in the same consultative way as we approach the building phase of expansion. Staying true to our principles, as we settle on the final plan, will guarantee the best outcome for our communities and country.

“We will consider any new proposal or change which will help us to meet our commitments to our local communities and the country.

“But, we will always throw out the ones that don’t. The interests of our local communities and of the country depend on it.”

Lord Deighton highlighted the ongoing debate about the price-tag of the project, who should shoulder the cost and whether the plans have been ‘gold-plated’.

“Most surprisingly, conversations continue around whether expansion is needed at all – even as this country readies itself to leave the European Union,” he added.

“It’s absolutely right there is a full discussion about what Heathrow expansion will deliver. But it is also important that minds become more focussed on the how.

“Past proposals, including our own in 2009, have been drawn up and thrown aside because they prioritised the wrong things,” he admittred.

“They put the interests of airlines and the airport first. They did not prioritise the needs of our communities, passengers and country and it was right these proposals were rejected.

“From the first day of work to develop the proposals on which we are currently consulting, we have set our sights on two clear guiding principles.

“First, through expansion, we have a once in a generation opportunity to reduce the negative impacts of Heathrow on our local communities – and to ensure that local residents and businesses can benefit from the positive impacts, including jobs and investment which expansion will create.

“Second, Heathrow expansion must be a central part of the national plan to ensure Britain remains a successful, outward looking trading nation.”

He argued that only expansion at Britain’s hub airport can contribute to securing the UK’s place in the world, through new connections for businesses and communities up and down the country.

He said: “For passengers, an expanded Heathrow will increase competition and choice, helping to drive down fares.

“We will deliver this project while keeping airline charges as close to current levels as possible, having already stripped out £2.5 billion of costs from our initial proposals.

“But, let me be clear. We will not renege on these commitments no matter what the pressure to reduce costs or amend our plans in favour of one vested interest or another.

“We can only make these commitments because of the way we plan to expand and because we have long-term shareholders, supporting long-term decision making, guided by the long-term interests of our communities and our country.

“Indeed, expansion has become even more critical to national success as the UK prepares to leave the European Union,” said Lord Deighton.

“So, these are our two guiding principles – reducing our impact on the communities around Heathrow while maximising the national benefits of expansion. These have guided the development of our proposals, our promises and our commitments.

“Through expansion our committed goal is to reduce the number of residents impacted by noise, ensure compliance with all air quality regulations and improve green spaces available for local communities.

“We will create opportunities for local residents and businesses, adding up to 40,000 new jobs, doubling the number of apprenticeships at Heathrow, thus helping to end youth unemployment in our local boroughs and bringing new investment to the area around Heathrow.

“Nationwide, we will support up to 180,000 new jobs and up to £187 billion of economic growth. We will better connect every town and city in the country to Heathrow so that businesses in every region can access vital trade routes to the rest of the world.

“We will establish new construction centres of excellence around Britain to deliver expansion which will themselves leave an infrastructure legacy for generations to come.”