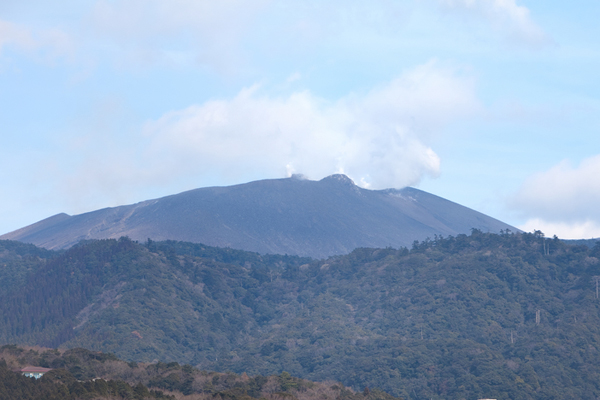 A warning of the risk of large flying rocks within 2.5 miles of an erupting volcano on Kyushu island in Japan has been issued.

Mount Shinmoedake has been spewing ash for days but eruptions turned explosive early on Saturday.

Volcanic activity could continue for several months, according to experts.

Mount Shinmoedake was used in the 1967 James Bond film You Only Live Twice to depict the exterior of a criminal organisation’s secret lair.

Video: Mount Shinmoedake erupts in Japan, sending a plume of ash up 7,500 feet in the air and causing many flights to be cancelled. The volcano was featured in the 1960’s James Bond movie “You Only Live Twice.” pic.twitter.com/zdtOuTmLln

The country’s meteorological agency issued new warnings on Saturday, saying flying rocks could now be expected to reach a 4km radius around the volcano.

Foreign and Commonwealth Office trace l advice to Japan was revised to reflect the increased volcanic activity in recent days from Mount Shinmoedake in southern Kyushu.

“After further eruptions on Saturday, Japan’s Meteorological Agency issued a warning about the danger of falling rocks around a 4km radius,” the FCO said.

“If you are in the area you should monitor local media reports and follow the advice of local authorities.”