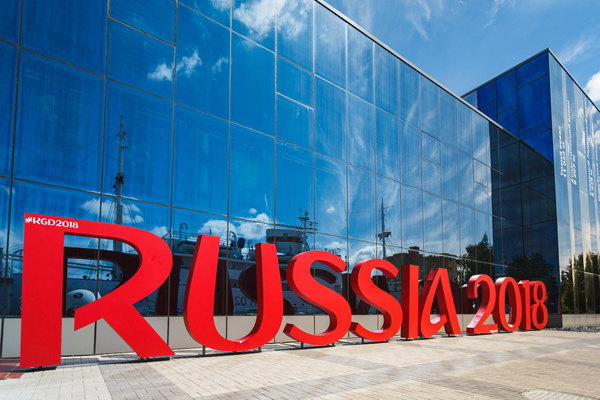 Travellers heading to Moscow for the World Cup this summer are likely to find prices in the Russian capital almost 10% lower than a year ago.

The weak Russian rouble, low living costs and competitively-priced accommodation account for the improved value of taking a break in Moscow, according to the tenth annual Post Office Travel Money City Costs Barometer.

Krakow is the best value city break destination at £165 for the 12 typical city break items.

Prices in Poland’s second city were less than a third those in Amsterdam (£535), the most expensive city surveyed.

The high cost of accommodation in the Dutch city – £365 for two nights, up by more than £100 on 2017 – accounts for the 27% increase. However, prices for meals, drinks and other items were lower than in long-time rivals Paris and Venice. The French capital (£320) was more than £200 cheaper than Amsterdam.

Another Baltic capital, third-placed Riga (£172), continues to offer the cheapest accommodation at £62 for two nights.

By comparison, prices in rival Tallinn (£252), are up by more than 20% for the second year running, making the city 53% more expensive than Vilnius.

Elsewhere in eastern Europe, Warsaw (£181), Budapest (£184) and Prague (£200) remain cities where thrifty tourists will get more for their money, even though sterling has slipped in value by between 1.2% and 7.7% against their currencies since last spring.

Athens (£200) regained its place as the cheapest city in western Europe, overtaking Lisbon (£209), where prices have risen by 29%.

Meals in the Greek capital (£37.11 for a meal for two with wine) were significantly cheaper than in any of the other cities surveyed.

By comparison, overall barometer prices were over twice as high in the two most expensive Eurozone cities surveyed – Amsterdam and Venice (£432).

Valletta (£212) is looking good value for visitors attracted by its status as this year’s European Capital of Culture. Meals, drinks and other tourist costs in the Maltese capital were fifth cheapest in the survey, although accommodation costs were higher than in the top ten cities.

Prices in London (£351) have dropped by 5.8% since last spring, according to the research. They have also fallen 2.4% in Belfast (£315), which remains cheaper for a city break than neighbouring Dublin (£388) – although the differential is mainly the result of high hotel prices in the Irish capital. In 20th place, Edinburgh (£291) emerges as the cheapest of the three UK cities surveyed.

Andrew Brown, of Post Office Travel Money, said: “If you are planning a city break this year, do your homework carefully and check prices for key items like meals, drinks and sightseeing before booking because there are big price variations across Europe.

“Accommodation will make a big difference too as we found that the cost of staying over in a city can vary by hundreds of pounds. The exchange rate is definitely a factor to consider before booking a break.

“Sterling has strengthened against several European currencies, which means even more expensive cities like Stockholm and Reykjavik are cheaper than a year ago. However, tourists looking for a bargain break should consider cities in eastern Europe, especially those in Poland or the Baltic States.”