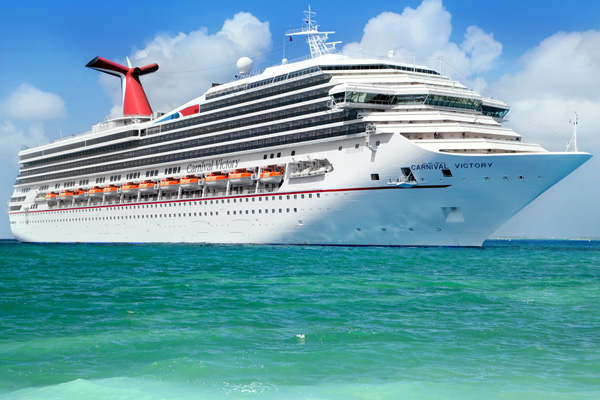 A teenager in the US has been convinced by Carnival Cruise Line to trade his Snapchat handle for a free family cruise.

Fifteen-year-old Darian Lipscomb of Prospect, Virginia, was surprised to find company representatives at his home requesting his @CarnivalCruise name.

“I answered the door, walked outside and saw my name on a big truck,” he told local media.

In exchange the company offered a free trip to Spain for his family.

He and his family will be flown to Barcelona on Saturday for the maiden voyage of the company’s newest ship, Carnival Horizon, th thought to be worth more than $5,000.

The company said Darian – who has already been on four Carnival cruises – and his family can expect more surprises and gifts throughout the journey.

He created the Snapchat handle @CarnivalCruise in 2012 and used it to share images of his trip while on board ship, the BBC reported.

Lipscomb told the local Richmond Times-Dispatch newspaper” “When I was nine-years-old, I went on a cruise and got really excited and wanted to share it with my friends.”

A Carnival Cruise Line spokesman said: “We thought this would be a fun way to claim our handle and reward a ‘superfan’ at the same time.”

Lipscomb has not yet chosen a new Snapchat handle, but joked he might claim another company name.