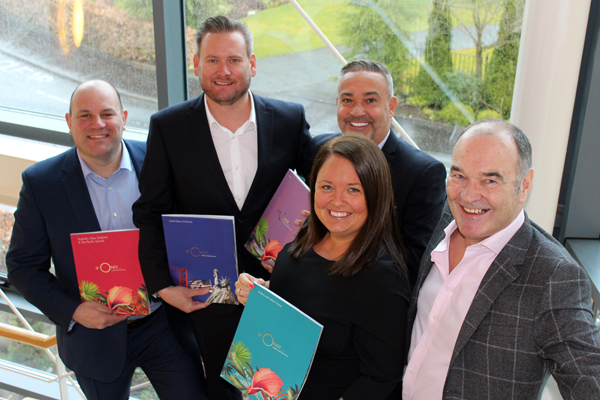 Four of the five executives who controversially left Travel 2 and Gold Medal to join rival operator If Only have finally started in their new roles.

If Only announced today that Andy Freeth, Gordon McCreadie, Tracy Docherty and David Irving have started work at its head office in Milngavie near Glasgow.

However, one of the five, Matt Appleby, has not joined. He has been appointed product and purchasing director at Destination2.

All quit their jobs for the dnata Travel owned brands last June. McCreadie, Docherty, Irving and Appleby were due to join If Only last September but were prevented from doing so due to legal action by their former employer.

The operator said the new directors and the existing management team will spend the coming weeks deciding on If Only’s future strategy. If Only has recently launched its US programme and the new strategy is likely to include the launch of a Caribbean programme early this summer.

If Only founder and managing director Brendan Maguire said a new candidate to lead the product and commerical team would be announced in the coming weeks. He added: “We wish Matt every success for the future.”

Five senior dnata executives to join If Only