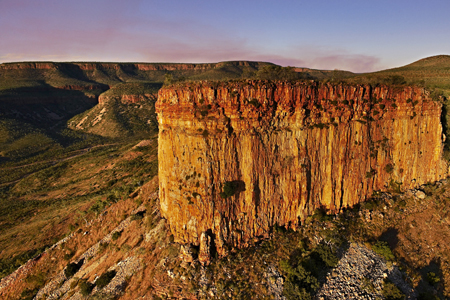 Joanna Booth finds out what western Australia, Oz’s largest and most undiscovered region, has to offer travellers

If you draw a vertical straight line down a map of Australia, slightly to the left of centre, everything to the west is part of the country’s largest but least populated and least visited state.

In Western Australia there is only one really built-up area – Perth. The rest is made up of vast swathes of desert, savannah and rainforest, and huge stretches of pearly-white coastline.

The region’s popularity is set to rise thanks to Baz Luhrmann’s Australia, filmed on location in Kimberley. It is now the third highest grossing Aussie film of all time (it still has a little way to go to take the top spot from Crocodile Dundee).

Tour operators and Tourism Australia are hoping that some of the Australia audience will become visitors.

There’s certainly no shortage of options to sell to your clients. Intrepid Travel even offers Australia – On Location, an independent tour following in the footsteps of Nicole Kidman and Hugh Jackman, and Travel 2, which covers Western Australia extensively, can tailor-make a film-inspired itinerary.

Luxury operators such as Audley Travel, Bales Worldwide and Steppes Travel can also take tourists deep into this region. Carrier features a number of top-end properties and Qantas Holidays offers tours in the south.

This northern corner is the place to go for Western Australia’s trademark wilderness. In Purnululu National Park the dramatic orange and black-striped Bungle Bungle Range is a unique sight, open from April to November.

It’s only a four-wheel drive away from it all by camping out under the stars, or driving down the deserted Gibb River Road, which joins Broome to Kununurra. This 600-mile-long red dirt track passes by gorges and waterfalls, curiously shaped boab trees and imposing mountain ranges.

The Cockburn Range is a real jaw-dropper, especially when viewed from a helicopter. Visitors can buzz over the wilderness for a quick tour, or stay on working cattle stations such as El Questro or Home Valley, and learn to horse ride and muster livestock.

With temperatures ranging from 20C to 30C, winter is the most popular time to visit. Summer brings the rain, and some roads and attractions close.

This chilled-out town is popular with artists and musicians, giving it a vibrant sense of community. It has a long history of pearling, and you can still visit a pearl farm or even take a cruise along the coast in a restored pearl lugger.

Broome is also home to the famous Cable Beach, a 14-mile-long stretch of white sand lapped by the Indian Ocean. Those looking for a novel view of the beach can take a camel ride along it at sunset.

Visitors to Broome who arrive between March and October can also witness the Staircase of the Moon, a natural phenomenon where an optical illusion is created at low tide by the light reflecting off the exposed mudflats.

The region just to the south of Kimberley is also full of natural wonders. Tourists tend to base themselves in Tom Price, a town famous for its iron-ore mining, or in the beachside town of Karratha.

Both are well-placed to explore Pilbara’s many sights, from Aboriginal rock art to the natural wonders of the Karijini National Park.

Ancient riverbeds run through dramatic gorges 100 metres deep – and in some places only a metre wide. There are walking trails of varying levels that lead deep into the subterranean gorges where it’s possible to swim in rock pools underneath tumbling waterfalls.

Those with cash to spare can get a stunning aerial view courtesy of Karijini Heli-Tours.

Ningaloo Reef is teeming with brightly coloured fish and coral and there’s also the chance to see the world’s biggest fish. Whale sharks visit the reef between April and June, and this May there’s even a Whale Shark Festival.

Ningaloo is one of the largest fringing reefs in the world. It’s less busy than the Great Barrier Reef, and it’s accessible from the beach.

Closer to parts of Indonesia than Sydney and Melbourne, Perth is also a shorter flight from the UK – only four hours out of Singapore. It’s the sunniest city in Australia; summers are sweltering but winters are mild.

It’s an outdoor place, with plenty of alfresco dining, city parks, busy markets and a range of outstanding beaches, perfect for swimming and surfing.

From Perth, the Swan River flows south for 20 miles to the port of Fremantle, which has a rich history reflected in its architecture and a buzzing cafe culture.

You can whale watch between September and December, when humpbacks and southern rights pass by just off the coast.

A short ferry ride takes you to Rottnest Island, which is more charming than it sounds – virtually car-free, visitors can cycle between its crystal clear bays where they can sea kayak and snorkel.

Inland from Perth is the Swan Valley, where tourists who appreciate a good tipple can sample local Chardonnay, Shiraz and Sauvignon Blanc.

The Swan Dive Wreck is a big pull – a 113-metre-long naval destroyer scuttled in 1997 and now home to all kinds of fish (video below).

Originally just a surfer town, Margaret River is now a centre for great food and wine. Free tastings are common, whether it’s wine at a vineyard or chocolate, fudge or ice cream at the factories that open their doors to tourists.

Kalgoorlie is steeped in the history of the gold rush, and further south you’ll find Albany, which started life as a convict town. Forests of Karri trees abound, and tourists can take a dramatic tree-top canopy walk through them.