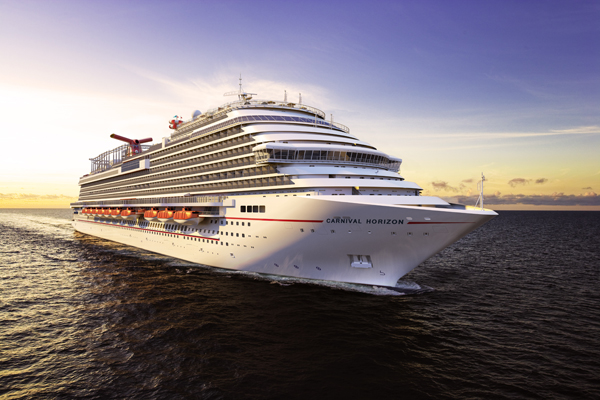 UK agents are encouraged to sell Carnival Cruise Line due to the different deployment opportunities the brand offers.

When asked if British-based agents should be rewarded with more European deployment from Carnival, Baillie told Travel Weekly the line’s travel partners were “happy” with the current relationship.

He said: “These are partners that don’t just dip in one year with us and out the other. They are consistent with us and very supportive of us.

“Our travel agent partners like that we are providing with a different opportunity in terms of deployment, generally out of north America and the Caribbean.”

Adolfo Perez, Carnival’s senior vice president of sales and trade marketing, said the Caribbean has been the UK’s most popular destination with the line.

“We have been in and out of Europe sometimes because our core market has been the Caribbean,” he said.

He said that the UK market is supportive of Carnival all year round, regardless of the level of the line’s European deployment.

When asked how the UK market ranked compared to others around the world, Perez said it was the second best-performing market after North America.

Baillie also revealed how UK agents were discovering how new-to-cruise customers were attracted to short sailings which could be packaged up with land-based trips in North America.

“They are finding out our brand is very useful for switching new to cruise customers on because generally we have a duration of anything between four and 16 days within our fleet,” he said.

“They are finding that by packaging up with vacations out of America they can do a week in the theme parks, or a few days on the coast, Pittsburgh [in Pennsylvania] and Clearwater [in Florida] and then do a four or five day cruise out of Miami.

“They are recognising that there are opportunities to get people who have never cruised before into cruising.”