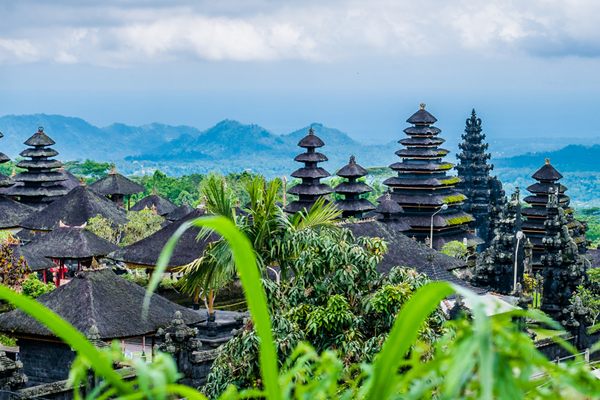 Security services in Bali and Jakarta were on high alert this week following a series of bombings in the Indonesian city of Surabaya.

The Indonesian government said security personnel at Jakarta’s Soekarno-Hatta International Airport had been increased from 500 to 700.

Police blamed a network inspired by Islamic State for the bomb attacks on three churches on Sunday and the suicide attack on a police station on Monday.

The attacks killed 21 people and injured 50 others and appeared to be carried out by two families, including children, riding motor scooters.

The UK Foreign Office warned travellers: “Terrorists are very likely to try to carry out attacks in Indonesia.

“Terrorist groups have the capacity and intent to carry out attacks anytime and anywhere in the country.”

However, the Foreign Office noted: “Around 360,000 British nationals visit Indonesia every year [and] most visits are trouble free.”

He said: “Daesh [Islamic State] continues to pose the most acute threat, but Al Qaeda and other Islamic terrorist groups have not gone away. We are also monitoring the trajectory of extreme right-wing terrorism.”

Parker said: “Since 2016, there have been 45 attacks across seven countries: the UK, Germany, France, Belgium, Spain, Sweden and Finland.”

He warned: “This unprecedented tempo of attack planning shows no signs of abating. In the UK alone, since the Westminster attack in March 2017 we have thwarted a further 12 Islamist terror plots.”

Parker said: “Tackling the [Daesh] group’s movement will require sustained international focus for years to come. The threat will persist.”

He added: “Terrorism is not new. But amplified and accelerated by the reach and tempo of technological change it is now more global, more multi-dimensional and of a different order of pace and intensity.”

A summit in Jordan next month will discuss the security threat to the travel industry and ‘Resilience through Tourism’.