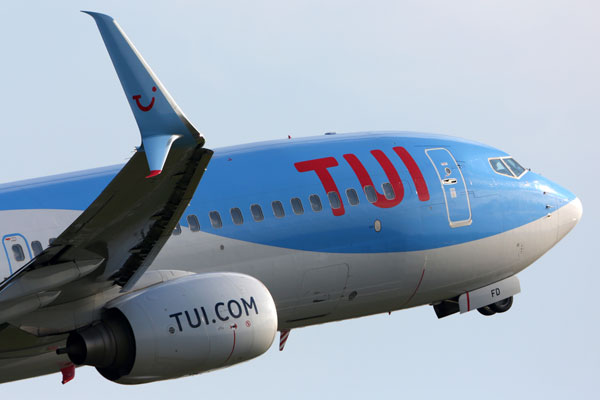 TUI reported a “good third quarter” and “very good nine months” in results on Thursday with only the UK showing a decline in profits due to the fall in sterling.

The TUI Group revealed a 6.3% increase in nine-month turnover year on year to €11.8 billion and an underlying operating profit of €65 million, up by almost €58 million on 2017.

Bookings for the current summer remain 4% ahead of last year despite the prolonged heatwave in Europe, and bookings across TUI’s markets were up 4.4% year on year in the three months to June.

However, there was a 54% fall to €42 million in third-quarter underlying profit in holiday source markets, chiefly attributable to the UK, with an 80% decline in underlying operating profit in TUI’s Northern Region to €16 million.

The Northern Region comprises the UK, Ireland, the Nordics, Russia and Canada.

Chief executive Fritz Joussen said: “Profitability is under pressure, but only in the Northern Region and all UK – related to the weakness of the pound.”

He noted 60% of TUI profits now come from cruises and hotels and resorts and said: “Our sector earns its profits in the fourth quarter.

“[But] we have delivered a profitable operating result after nine months for the second year in a row. For the full year, we expect to deliver double-digit earnings growth for the fourth consecutive year.”

Joussen said: “It shows our strategy is working. Turnover is up – a little due to higher prices but mostly to more customers. We are winning market share.

“We have considerably reduced our seasonality and our susceptibility to external challenges through focussing on hotels and cruises.”

TUI’s Central Region of Germany, Austria, Switzerland and Poland delivered 5% growth in customers and a 44% improvement in underlying operating profit to €35 million, while quarterly losses in the Western Region of France, Belgium and the Netherlands fell 26% to €9 million.

Joussen reported: “The Central Region, the Nordic countries, Belgium and the Netherlands delivered a good performance. This was offset by margin effects in the UK due to the weaker pound.”

TUI also blamed “a negative Easter effect of €19 million, and a one-off effect of €13 million as a result of airline disruption driven by air traffic control strikes in France”.

Easter was in late March, early April this year meaning some revenue from the holiday period was booked in the previous quarter.

TUI reported “high levels of occupancy” at its hotels, with a third-quarter operating profit of €86 million, and said: “Cruises continue to deliver a strong performance with underlying operating profit up 35%.”

Source market turnover was up 5% year on year and bookings up 4% across all markets to July 29.

Joussen said: “We had very strong bookings in the first nine months. Spain is performing well despite a strong comparison last year.

“Turkey is very strong [and] Egypt and Morocco are continuing to come back.”