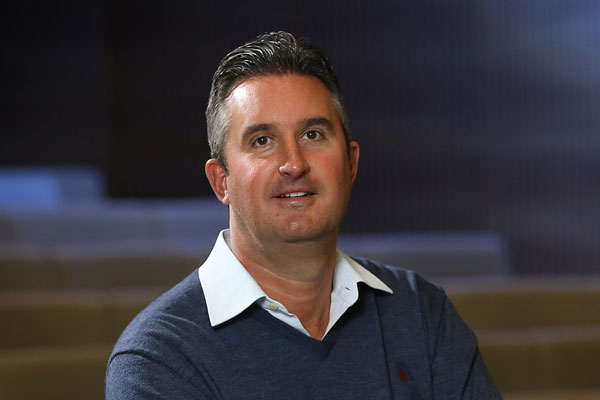 A new travel agent supplier born out of the deal which saw On The Beach acquire Classic Collection will exploit the continuing popularity of booking through trusted high street agents.

The online agent has promised trade-only Classic Online be built on market-leading technology and it is aiming for it to be up and running in early 2019.

It will supply third party agents with mainstream beach holidays combining the buying power of On The Beach, one of the UK’s biggest agents, and the trade relationships of Classic Collection.

Speaking to Travel Weekly about the deal which was announced to the City this morning, Simon Cooper On The Beach founder and chief executive said:

“On the face of it this does not look like an obvious kind of move. On The Beach has historically benefitted from increasing online penetration for short haul beach holidays.

“We believe we will continue to benefit from that trend, but offline has always been high street shops to us and we do get regular inbound inquiries from agents saying ‘can we book your product’.”

Cooper said OTB has to date never been in a position to consider these requests because it has not sold packages, however, that has all changed with updates to package travel regulations.

“For about 12 to 18 months we have been having discussions with the new Package Travel Regulations on the horizon and about post July, when the new rules came in.

“We asked ourselves is there an opportunity, now what we sell is a package, for us to offer that via agents?”

Cooper said the new regulations have made it potentially more complicated and costly for independent agents to sell their own dynamically packaged holidays.

And he said with the big two selling more product in-house, agents are looking to find more suppliers of the kind of product their customers are walking in off the street demanding.

“We are looking at the choice currently out there on the high street. Does the situation exist where we can sell a portfolio of product through agents provided it’s via the right type of portal?” he said.

Cooper said Classic Online will provide a breadth of product at competitive rates that can’t be found on any comparative brand’s B2C website.

He said Classic Collection was a natural fit because it “does no take risks” in terms of taking out large commitments and the bulk of its business is in the short-haul beach sector, which OTB specialises in.

However, Cooper said Classic Collection, which currently does not have online booking, should be supported to focus more on tailor-made, bespoke travel sales through its contact centre.

In the future it could benefit from OTB technology to offer online bookability, but only if agents want it, Cooper said.

“This is not a matter of Classic Collection not selling mainstream beach holiday product. It should continue doing what it does and broaden its destination mix and type of products on offer.

“Classic Online should be a more mainstream, value for money proposition sold in a more efficient manner in a market in which price is potentially more important.

Cooper said the move by a leading OTA into third party offline distribution reflected the fact that there remains a sizeable market for people wanting to book their holidays through agents.

“While online penetration has grown hugely during the period we have been in business from an insignificant minority to a majority today there’s still a lot of people who feel more comfortable booking through an agent they’ve come to know and trust, and will continue to do so.

“Prior to the latest changes to the Package Travel Directive (PTD) it very much made sense for a business like ours to maintain a clean [B2C] model rather than a hybrid model because we did not sell packages, and did a very good job of not selling packages.

“But we have known for five years that the new PTD was coming in and for two to three of those years we have had a fixed date for its implementation.

“Over that period of time the On The Beach model has been evolving, not least in terms of the size and scale we have, as we built our own portfolio of more-exclusive higher-quality beach holiday product and we became more package-ready.

“If I put myself in the shoes of the travel agent. They want to access the stuff their consumers are wandering in and asking for. It won’t be all the boutique five star, but it also won’t be the lower end two star.

“Classic Online will be a three or four-star value-for-money offering. There will be a clear differentiation with Class Collection which will continue to be exactly what it is today. In the back ground we will build a portal to allow access to short-haul mainstream beach product.”

Before tighter Atol rules were introduced in the UK in 2012 after regulator the CAA lost a high-profile legal battle against OTB competitor Travel Republic, the online travel agent model was hugely controversial with many traditional agents and operators complaining they were breaking existing rules.

However, that 2012 change in the rules, that brought in so-called “Flight-Plus” packages, meant OTA sales were covered by the rules although they faced a less rigorous regulatory regime than full package operators.

However, new UK Package Travel Regulations, prompted by the revised EU Package Travel Directive, that came in last July and underpin Atol, ended the distinction between “Flight-Plus” and full packages and made all firms selling packages equally liable for the product and financial protection.

In 2011, On The Beach agreed what was then a pioneering deal with the CAA for an OTA when it acquired its first Atol licence enabling it to officially sell packages with customer money paid into a trust account.

Since then it has grown its licenceable business to over 1.3 million passengers a year making it the UK’s fifth biggest Atol holder behind Expedia and ahead of Love Holidays and BA Holidays. Classic Collection’s Atol licences it to carry just 34,347 passengers a year.

Cooper said the focus was now on building the Classic Online B2B portal in time for a planned launch in early 2019. After that the firm will look at what back office synergies there are and how both firms can benefit from what each other has.

“We will use our capabilities to build the very best tool for agents and also for consumers, if they [agents] want to flip their screen around to encourage people to book, both in terms of usability and breadth and price of product,” he said.

Cooper said he expects the B2B nature of Classic Online will encourage agents once hostile to an online competitor, to do business with the new On The Beach division.

“If I’m a travel agent today and I flip my screen around to show the customer a holiday from another provider I know they can go on their phone and look at what prices they are offering in their B2C channel. One of the benefits of being agent-only is it will not be accessible to the general public.”

Cooper said On The Beach, which bought rival OTA Sunshine.co.uk last year, would assess any further acquisitions on their merits based on if they “value enhancing and fitted in with our strategy”.

“Clearly we would not look at doing things in parallel, but if something came across my desk in three months that looks exciting, I will look at it to see whether it’s a goer or not.”