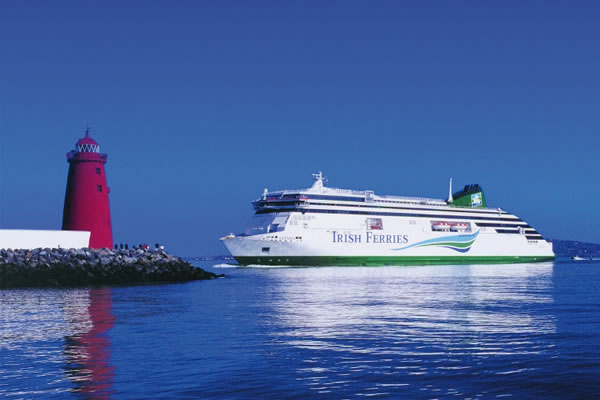 The owner of Irish Ferries today issued an apology for a delay in the introduction of a new ferry and “unprecedented” cancellations due to technical problems with its flagship Ulysses.

A hold-up in the delivery of the cruise ferry W B Yeats by its shipbuilder affected planned schedules while “technical difficulties” to Ulysses cut fleet capacity in June and into July.

Irish Ferries operated 2,428 sailings in the period, 102 less than in the same period last year.

Parent company Irish Continental Group reported a €3.5 million decline in first half earnings [ebitda] to €26.1 million. Revenue edged up by 0.7% to €157.2 million year-on-year.

The company said: “The Irish Ferries performance against the market was adversely affected by a major disruption to schedules on the Dublin-Holyhead route in the final week of June due to technical difficulties affecting the flagship vessel Ulysses.

“These related to the Ulysses’s starboard controllable pitch propeller which required an out of schedule drydock and the leadtime to machine specialist parts.

“This level of cancellation was unprecedented given that vessel’s previous 99% schedule integrity since entering service in 2001 to 2017.

Irish Continental chairman John McGuckian attributed the performance in the six month to June 30 as being underpinned by increased freight volumes and good growth in the container and terminal division.

But he added: “Summer trading has been difficult for the ferries division principally due to technical difficulties on the flagship Ulysses and the late delivery of the W B Yeats.

“We would like to apologise again for any disruption these schedule changes caused to our tourism and freight customers.

“We look forward to the delivery of the W B Yeats in late 2018 which will bring cost savings and significant additional earnings potential for the group.”

The company pointed out that the first half is the seasonally less profitable part of the year.