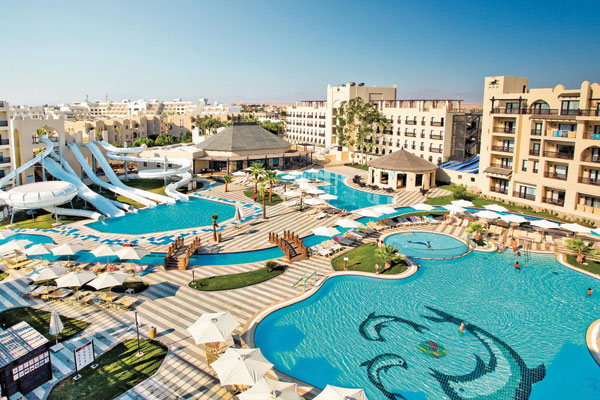 A couple who died on holiday in Egypt are reported to have been sleeping next to a room thought to have been fumigated hours earlier.

Kelly Ormerod, their daughter who was on holiday with them, said that there had been a strange smell in their room at the resort in Hurghada.

Theirs was the only room connected to the fumigated room, whose door had been sealed with tape, but a source close to the investigation said that they shared a false ceiling, which could have allowed the chemicals to spread.

“Some of these places use pretty heavy duty stuff and chemicals that are allowed in Egypt are banned in Europe,” the source told The Mail on Sunday. “The toxicology reports will be vital, but they are being conducted by the Egyptians.”

Ms Ormerod said: “We don’t know its significance because by now there are unlikely to be any traces of substances that might have been there.”

However, Majid al-Adawi, the director of Hurghada General Hospital, where post-mortem examinations are being carried out, doubted that fumes could have killed them, according to The Times.

“The substances used for fumigation do not affect humans,” he said, adding that symptoms from such poisoning were diarrhoea, vomiting and struggling to breath.

“From my knowledge they did not suffer from such symptoms,” he said.

It has been suggested that the fumigant was methyl bromide. The Health Protection Agency says that in severe cases “inhalation may cause liver and kidney damage, heart problems, fitting and coma”. It is banned in the UK.

Results from checks carried out by Thomas Cook are expected soon.

The hotel told guests on Friday not to use water between 10am and 3pm as it was “cleansing” all water pipes as a “regular preventative measure”.

Mr Cooper, 69, died in the hotel room on August 21. His wife, 63, who worked for Thomas Cook in Burnley, died six hours later in hospital. The authorities initially recorded the cause of death as heart and respiratory failure.

The Egyptian Ministry of Tourism said fresh tests were due to be concluded this week and the bodies would then be repatriated.

Thomas Cook said: “We remain committed to doing everything we can to get to the bottom of what happened to Mr and Mrs Cooper.

“The circumstances of their deaths remain unclear and it would be inappropriate to comment further until the Egyptian authorities complete their investigation and the autopsy findings are known.”

The hotel did not respond to weekend newspaper requests for comment.

It also emerged over the weekend that a Thomas Cook holidaymaker died in an incident involving a ‘banana boat’ in Hurghada.

Eyewitnesses told The Sun newspaper that the woman became trapped under the inflatable on her way back to shore after a dolphin-viewing excursion.

A Thomas Cook spokesperson said: “We can confirm that one of our customers sadly died last week while on an excursion in Egypt.

“We would like to offer our sincere condolences to the family, and our welfare team continue to do all they can to support them at this time.

“We are urgently investigating what happened.”

A Foreign Office spokesperson added: “Our staff are assisting the family of a British woman who has died in Hurghada.”

Thomas Cook Egypt hotel deaths: boss pledges to ‘get to the bottom’ of what happened

Colleagues pay tribute to agent who died in Egypt