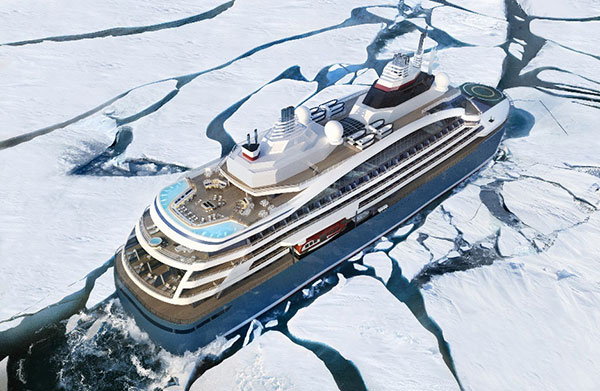 The ship has been named after captain Jean-Baptiste Charcot, described as an emblematic figure of French polar expeditions.

The new ship will be fitted with the latest technology for minimising environmental impact, as well as a scientific laboratory for conducting operational oceanography missions and research.

Bookings for cruises on Le Commandant Charcot will open on April 4, 2019.

Pre-bookings were made available from yesterday (September 6) with early booking rates.

The vessel’s itineraries cover the Geographic North Pole and parts of Antarctica, such as the Ross Sea, Charcot Island and Peter Island.

The ship is part of an expansion plan that will see the French company expand its fleet to 12 ships by 2021.