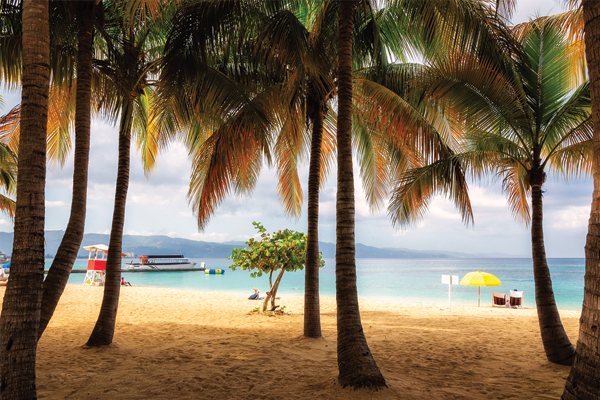 UK arrivals to Jamaica rose by 3% in June and July over the same early summer months last year.

Provisional estimates indicate that the island attracted a total of 2.9 million visitors between January and August, a year-on-year increase of 4.7%. The figure included 1.2 million cruise passengers.

Tourism minister Edmund Barlett said: “The preliminary data also shows that earnings up to the end of August are over $2 billion.

“Expenditure from tourists for the first eight months is $2.2 billion. We are trending well ahead of the $3 billion mark for the end of the calendar year.”

He disclosed that his ministry intends to build on the successes of 2017, which saw 4.3 million visitors to Jamaica – up 12.1% over the previous year, with $3 billion in revenue.

It was also the first time in that the country welcomed more than 500,000 new visitors in a single calendar year.

Bartlett added: “It has definitely been our best summer ever.

“The projections that we made for growth last year was for five per cent per annum for five years.

“Last year we broke all of that because we got 12% – that is a phenomenal achievement.

“We do not want to take this success for granted and we are aggressively targeting new and traditional markets to attain double-digit growth and promote Jamaica as the ideal winter tourism destination.”