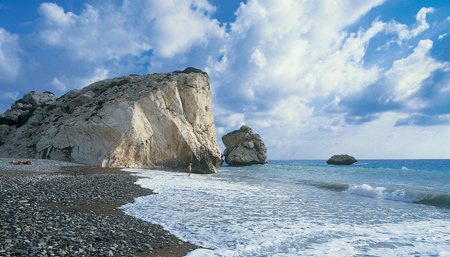 Following the introduction of the euro to Cyprus in January 2008, rising prices have poured cold water on the British infatuation with the island.

Some travellers have instead set their sights on non-eurozone sun-and-sand destinations with similar flying times, such as Egypt, Turkey and Morocco.

But Cyprus still has a loyal following among mature travellers, who often prefer to stick with what they know, and tour operators and hotels are offering competitive deals, which will appeal to return and first-time visitors alike.

The island has become more accessible, with new flights, including:

While Cyprus can be costly, there are ways to get more from clients’ money.

Cyprus Tourism Organisation director Orestis Rossides points out that entrance fees to historic sites are low, averaging under €2 per person, and that car hire is inexpensive. There are free guided walks in the main towns of Nicosia, Limassol and Paphos, plus self-guided walking trails.

“Local festivals are also inexpensive, and an ideal way to get a slice of Cypriot culture, such as the free Commandaria Festival from July 21 to 26, and Limassol Wine Festival, from August 28 to September 6, for which tickets cost €4.50,” he says.

Sunvil managing director Noel Josephides adds: “There are many very good value restaurants, and it’s not true to say that everywhere is expensive. Clients should look at village restaurants. Stocking up on quality local produce for self-catering is not expensive in comparison to the UK.”

As travellers look for more value, companies such as Libra Holidays are seeing an increase in demand for all-inclusive breaks. Libra offers seven-night packages at the five-star St Raphael Resort in Limassol, starting at £865 per person in June.

Product and yield manager Chris Constantinou says: “Paying that little extra for all-inclusive is great for people wanting to stick to their budget and to not have to worry about extra spending money. It’s an ideal solution for families with children, who can enjoy the snacks and ice creams, and for holidaymakers who like an alcoholic drink or two by the pool.”

Olympic Holidays commercial director Photis Lambrianides has also seen a big swing towards all-inclusives and added value deals at properties such as Ayia Napa’s Macronissos Village, which has introduced an all-inclusive package for £169 per person per week on top of the usual self-catering price.

At hotels such as the Four Seasons in Limassol and the InterContinental Aphrodite Hills Resort overlooking Paphos, Olympic’s ‘seven nights for the price of five or six’ deals represent savings of up to £200 per person. Classic Collection, meanwhile, is offering free upgrades to half-board on some holidays, a saving of £468 per person per week in July.

Self-catering and shorter breaks are other options for the cost conscious. Cyprus product manager for Cosmos Jody Clapham says: “Customers are telling us they’re looking for more flexible options rather than the standard seven- or 14-night durations, so this is the way forward, and especially important in the current economic climate. All Larnaca packages are now offered with durations from three nights upwards.”

There are plenty of offers to be found, with free-night deals, add-ons and discounts for sun, spa and active breaks. Golfbreaks.com has seven nights for five at Aphrodite Hills, and for people with a passion for horses, Equine Adventures has cut the price of its Drapia Ride itinerary by 10%.

Hotels are offering deals and promotions via operators to attract the UK market and one of the key players is Aphrodite Hills. In addition to free nights and half-board upgrades, there are four rounds of golf for two, plus a golf buggy, and a complimentary spa treatment for guests staying seven nights in a Junior Suite or Club Room.

The hotel has also launched a travel agent incentive, offering a complimentary seven-night stay in return for two bookings made between now and October 31.

On the low-cost flight front, and following the success of the route launched in March, Monarch has added twice-weekly services to Larnaca – starting from £64.99 one way – to its scheduled winter flying programme for 2009/10.

Monarch flights and holidays managing director Liz Savage says: “More than 12,500 seats have already been sold on the route this summer, which is over half of those available.”

Similarly, flight-only operator Avro is seeing an uplift in sales, and has introduced a new flight to Paphos from Manchester, as well as increasing capacity from Gatwick.

Accommodation- only provider Somewhere2stay leads in with prices from £17 per person per night at the Takkas Hotel Apartments in Ayia Napa in June, on a self-catering basis. (0871 4238 413, somewhere2stay.com)

I stayed here for two nights on an educational. The hotel itself was lovely, but the pools could do with a little updating. The all-inclusive offer is fantastic for families. Everything you could possibly think of is included, from the food to the kids’ clubs. I stayed in a standard seaview room, which was okay.

“The balcony was a bit small, so I would upgrade to a better room. You would definitely have to stay on an all-inclusive basis, as the hotel is quite expensive to eat in. Don’t stay here if you like lively holidays, as the resort is quite remote; but if you just want to relax, then it’s perfect.”

I stayed here in September. It’s a lovely hotel. I stayed in an executive room in the new block, with a view of the marina. It was very clean, with great balconies facing the pool and marina. I did see a standard room and it looked fine, but a little small for a family.

“All staff were really lovely. They loved my daughter and always made a fuss of her. The food was the best I have had in Europe. The chocolate fountain was out of this world. The pools were great, and the slide was great fun – my daughter and dad were on it all day.

“This is probably the best hotel I have stayed at in Europe on an all-inclusive basis. It’s a little out of town, so hire a car if possible – if not, a bus runs every 10 minutes from just outside the hotel.”

I stayed here at the beginning of October 2008. The weather was amazing, and I was happy with the complex. The rooms are basic, but very clean. They aren’t really big enough for a family of four, but for two people, they were great. The pool area and snack bar were amazing  – even the entertainment at night was much more than you get in most self-catering accommodation, and was quite enjoyable in the main.

“A negative point for some people would be the distance to the centre of Ayia Napa – an €8-€10 taxi journey. It was just 10 minutes to the beach by foot. Request a bungalow room in high season as entertainment can be a bit loud if you’re in a room near the bar. I recommend this for couples and families.”

Gazetteers user from The Co-operative Travel

Takkas apartments are great. Little more needs to be said. They are in a great location – the nightlife is only a three-minute walk away, and the beach is the same distance. There’s also a club – River Reggae – at the top of the road.

“The apartments themselves are very clean – the maids come pretty much everyday. Bedding and towels are changed every two days. The apartments are a lot bigger than we expected, with plenty of room. We had two huge balconies. Room six is definitely the best in the whole complex.

“The pool is a decent size, but it gets quite crowded. There are plenty of sunbeds, but you do have to get up early to get one. The staff are really friendly. Overall, this is a great place to stay. I would return and recommend it to others.”