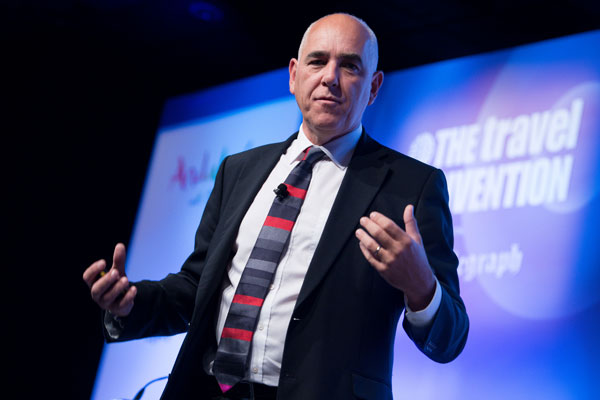 Interacting with robot concierge and visiting destinations through virtual reality were among predictions of how travel could look like in the future.

Addressing delegates at Abta’s Travel Convention in Seville on ‘Surviving the Zombie Apocalypse’, University of Liverpool director Dr Paul Redmond said: “Some travellers will interact personally with robot concierge, visit locations and venues through virtual reality and use augmented reality to enhance real life experiences. We will connect virtually with other travellers.”

However, he also warned technology was “hollowing out millions of professional jobs” as advances in artificial intelligence happen “faster than we can cope with”.

He said traditional sectors were experiencing ‘Future shock’ –  too much change in too short a period of time.

The launch of the iPhone in 2007, Redmond argued, was a pivotal moment where “the world changed” and was followed by the launch of Facebook, Twitter and Airbnb and other tech giants in the same year.

As a result, he predicted jobs such as marketing professionals, IT engineers and accountants would all become automated in the future.

“Zombie jobs are so powerful it’s changing jobs from within,” he said.

Sharing examples where hospitals were trialling the use of robots to take rubbish out and treat patients, he also predicted taxi drivers would be obsolete in ten years’ time as driverless cars take over.

However, he added: “As some jobs go, others emerge” and told delegates to focus on innovation, creativity and enterprise to future proof their businesses.