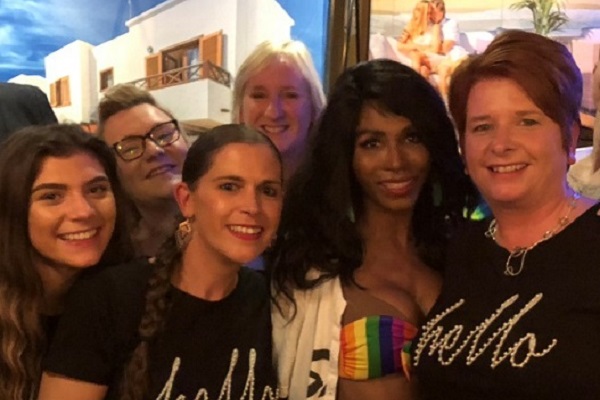 A high street travel agency says it has “massively” increased its reputation in the town it recently opened its second branch after enlisting popstar Sinitta to perform.

Sinitta sang So Macho, Toy Boy, Shame Shame Shame and Right Back Where We Started From during her performance in front of around 130.

The agency, which has had a branch in Crosshills, West Yorkshire since 2015, won a Jet2holidays social media competition to win Sinitta’s help.

She had performed at the operator’s annual conference for its independent travel agent partners at the Hard Rock Hotel in Tenerife in November 2017.

Director Joanne Edwards said: “Sinitta attending and performing at our launch was a fantastic PR opportunity for us and has already raised our profile and client base massively in Barrowford and the surrounding local area.

“She was absolutely amazing; really friendly, and took the time out to meet our guests and pose for our photos of the event.”

Pictured with Sinitta are the agency’s Jodie, Nichola, Joanne, Angela and Gillian.