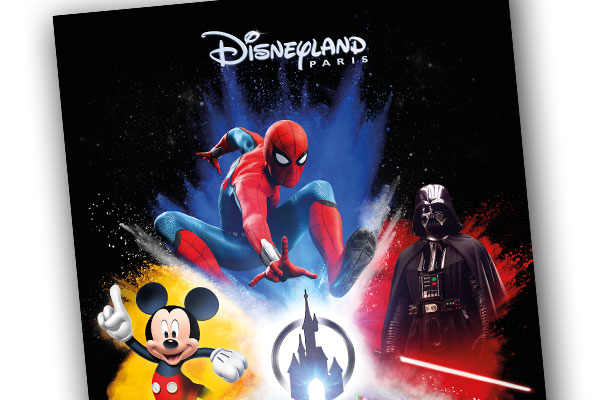 The latest Disneyland Paris brochure has been unveiled and will be with agents next week as the park announces a new Lion King and Jungle Book season.

The Lion King and Jungle Book Festival will run from July to September 2019, coinciding with the release of the CGI remake of the Disney classic.

It will include a Lion King show and Jungle Book parade and is in addition to Disneyland Paris’ existing festivals: Enchanted Christmas from November 10 to January 6, which includes Mickey Mouse’s 90th birthday this year; Star Wars season from January 12 to March 17 2019, which has a new Chewbacca meet-and-greet; Pirates and Princesses from January 19 to March 17 2019, and Marvel season from March 23 to June 16.

Also new for 2019 is Magical Pride, which starts on June 1 and celebrates diversity, and summer music festival Electroland has been expanded for next year.

Images inside the brochure, which has increased in size by around a quarter to 98 pages, have been made larger and the number of pages dedicated to Disney’s hotels have doubled.

Disney has dedicated more space in the new brochure to its Nature Resorts, including Les Villages Nature Paris from £148pp a night and Disney’s Davy Crockett Ranch from £146pp per night based on two-night stays including Disneyland Paris park tickets. Its refurbished Newport Bay Club also features, and is priced from £192pp a night, including park tickets.

There is also a larger emphasis on food, and has increased its healthy eating offering around the park and hotels. The Dine With Disney Characters meals now include a brunch offering.

Dining packages, festival tickets and Paris excursions are all commissionable to travel agents.

Max Mason, head of UK commercial at Disneyland Paris, said: “Agents love selling Disney. We have great partnerships with the trade and we think they will really appreciate the new brochure when it lands.”

Agents can take advantage of an early booking offer which gives their customers free half-bard and 25% off on bookings.