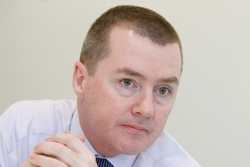 British Airways may not be every agent’s favourite airline, but the trade needs BA flying successfully. So the impasse between the carrier and representatives of its 28,000 staff in the union Unite is worrying.

Unite officials and members lobbied BA’s annual general meeting on Tuesday, appealing to shareholders to pressure the airline into a “mutually acceptable settlement”.

Talks continue under the wing of conciliation service Acas, but the two sides remain far apart.

BA chief executive Willie Walsh described the airline as in “a fight for survival” after losing £401 million in the year to March, although he reported a record profit of £922 million a year earlier.

Union leaders accept there is crisis and need for radical cuts. Negotiators on behalf of cabin crew have intimated they are keen to agree a deal that would include pay cuts and job losses. However, they fear Walsh will not sanction a negotiated settlement – complaining that a new negotiating team has destroyed the former trust between the two sides.

BA has already agreed substantial changes in terms and conditions with its engineers and pilots. Indeed, BA pilots overwhelmingly voted for a 2.61% cut in salary and 20% cut in some allowances in return for £13 million in shares in three years’ time. The result of their ballot was announced on Monday.

But BA is still seeking agreement on pay and job cuts with cabin crew, baggage handlers, check-in and admin staff.

Unite is recommending its members – the majority of BA’s 40,000 staff – accept a two-year salary freeze and cabin crew agree a pay cut of 2.61% in line with pilots. The union says its proposals would save BA in excess of the £220 million the airline wants.

However, Unite opposes BA demands for new contracts and sharply reduced pay rates for new recruits, which it says would destroy the career structure at the airline and turn the bulk of the workforce into temporary employees.

More than 2,100 cabin crew voted in favour of the pay cuts and other cost-cutting proposals at a recent mass meeting, but rejected BA’s demands. Customer service workers, including check-in staff, did the same at mass meetings at Heathrow on Monday.

Union officials insist BA could achieve the reduction in jobs it wants through negotiation, arguing thousands of staff are on waiting lists to reduce their hours.

BA declined to comment, and Unite officials stressed they are not in dispute. But the situation is serious.

Unite national secretary for aviation Steve Turner said: “We hope to reach an agreement acceptable to both parties. If not, the ball is in BA’s court. If it imposes change, we will react.”